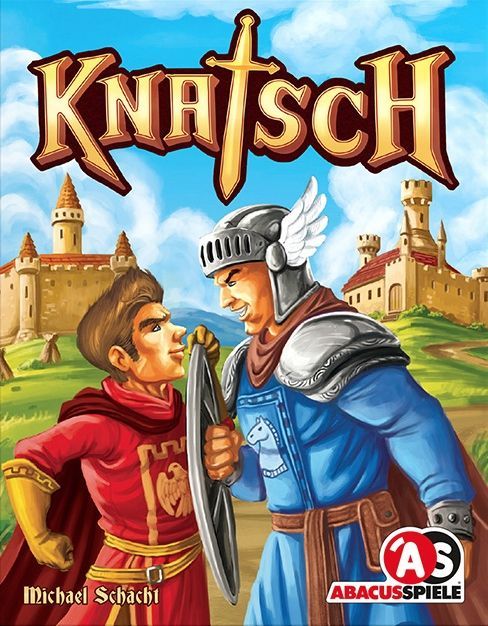 Knights, a.k.a. Knatsch, is a dice game in which players attempt to capture cards to fulfill the victory conditions. Players may win by capturing four castles, capturing three castles and toppling the King, or capturing two castles and winning three tournaments. Each card displays a dice combination that must be beaten to win the card. Dice are rolled several times with the player saving good dice, throwing out sixes, and rerolling others for a better score. Special cards add a lot of flavor to the dice battles. Some special cards add an extra roll or an extra die for combat; others help you defend or attack castles. Trivia: Some editions of Coloretto have contained one (or more) "Creepy Castle" cards that serve as expansion cards for Knights.