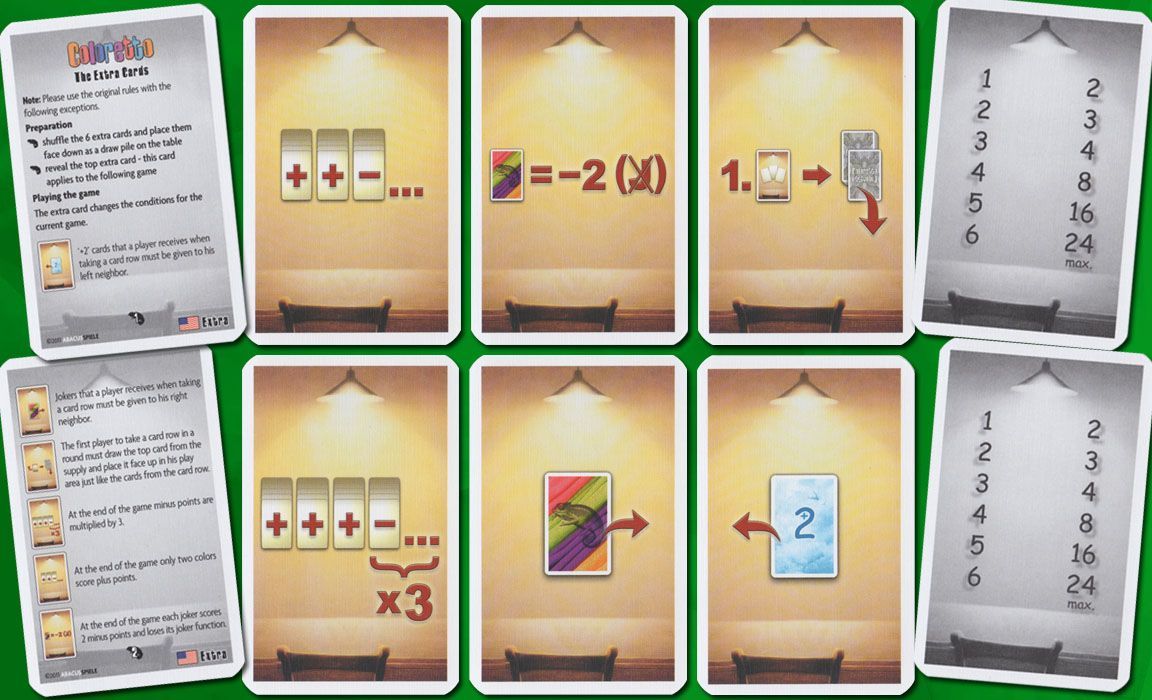 Small, 10 card, cut-them-yourself expansion for Coloretto from Michael Schacht's own Spiele Aus Timbuktu, containing 2 variations for the game (one with 8 new extra cards and one with 2 new line cards). Published in a limited edition of 1999 units. These were also re-published by Abacusspiele in 2012 in a professionally produced promo that was distributed through BoardGameGeek. This version comes with 6 extra cards, plus two new score cards on the backs of the rule cards. In 2/2011 rereleased as "Katalog (Catalogue) Edition #11" of Abacusspiele (but containing only 1 of 2 original variations and only 6 from 8 original extra cards).