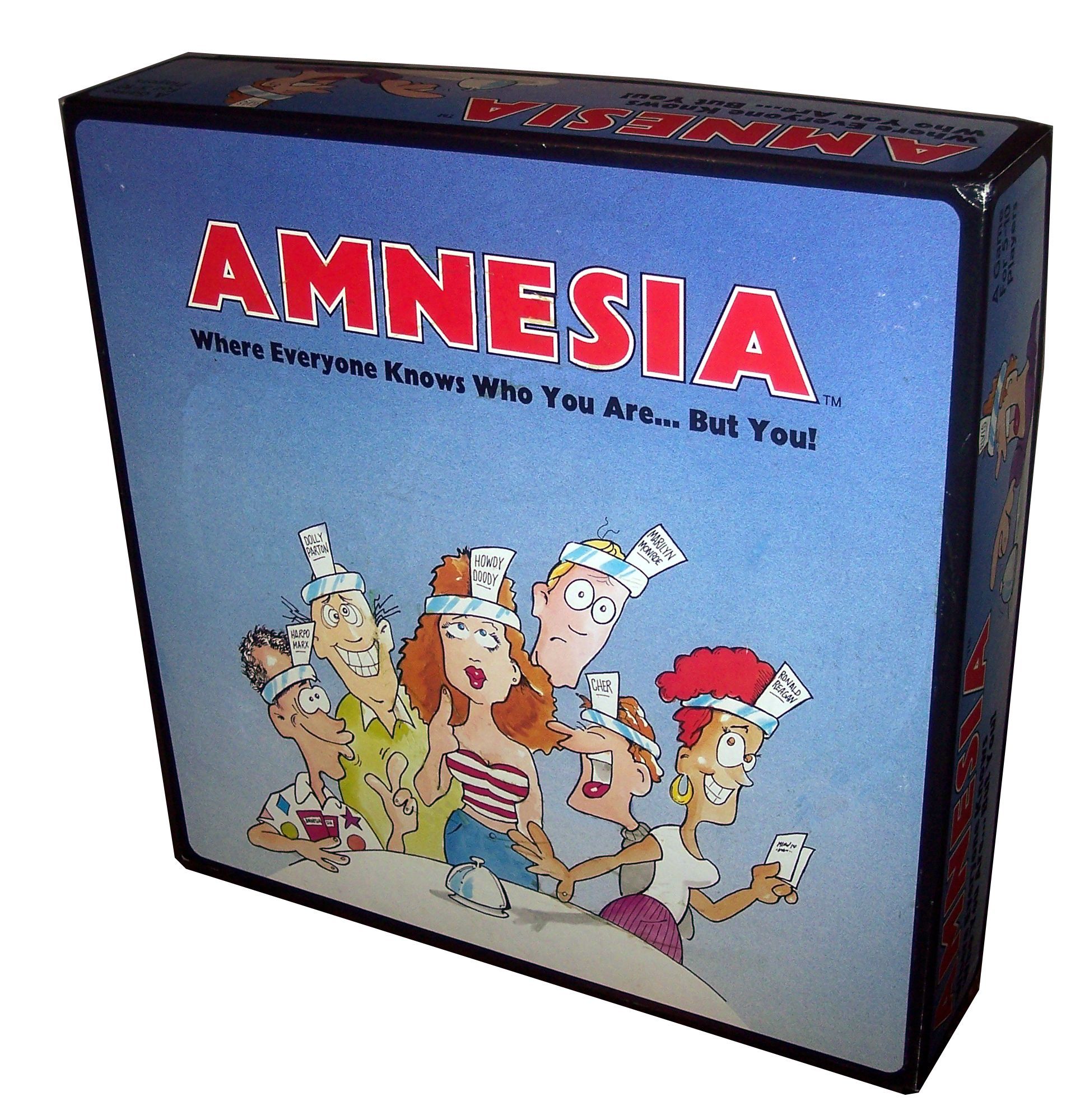 From back of box: The Hilarious Game Where Everyone Knows Who You Are... BUT YOU. Where else but in the game of AMNESIA could you find yourself in such good company as Bogart, Cleopatra, Lassie, Gumby, Monroe or George Washington? Of course, there's a famous identity on your forehead as well... but one which other the other players can see! The fun builds as Flashback Clues are passed from player to player. It's up to you to discover who you are through logic and intuition... and a little luck. But if those clues don't ring a bell, you can ring the Memory Bell for more. Think fast though because it won't be long before somebody has Total Recall! Similar to: Code 777 What's That on My Head? Egghead Guess What I Am! Coyote Am I a Banana?