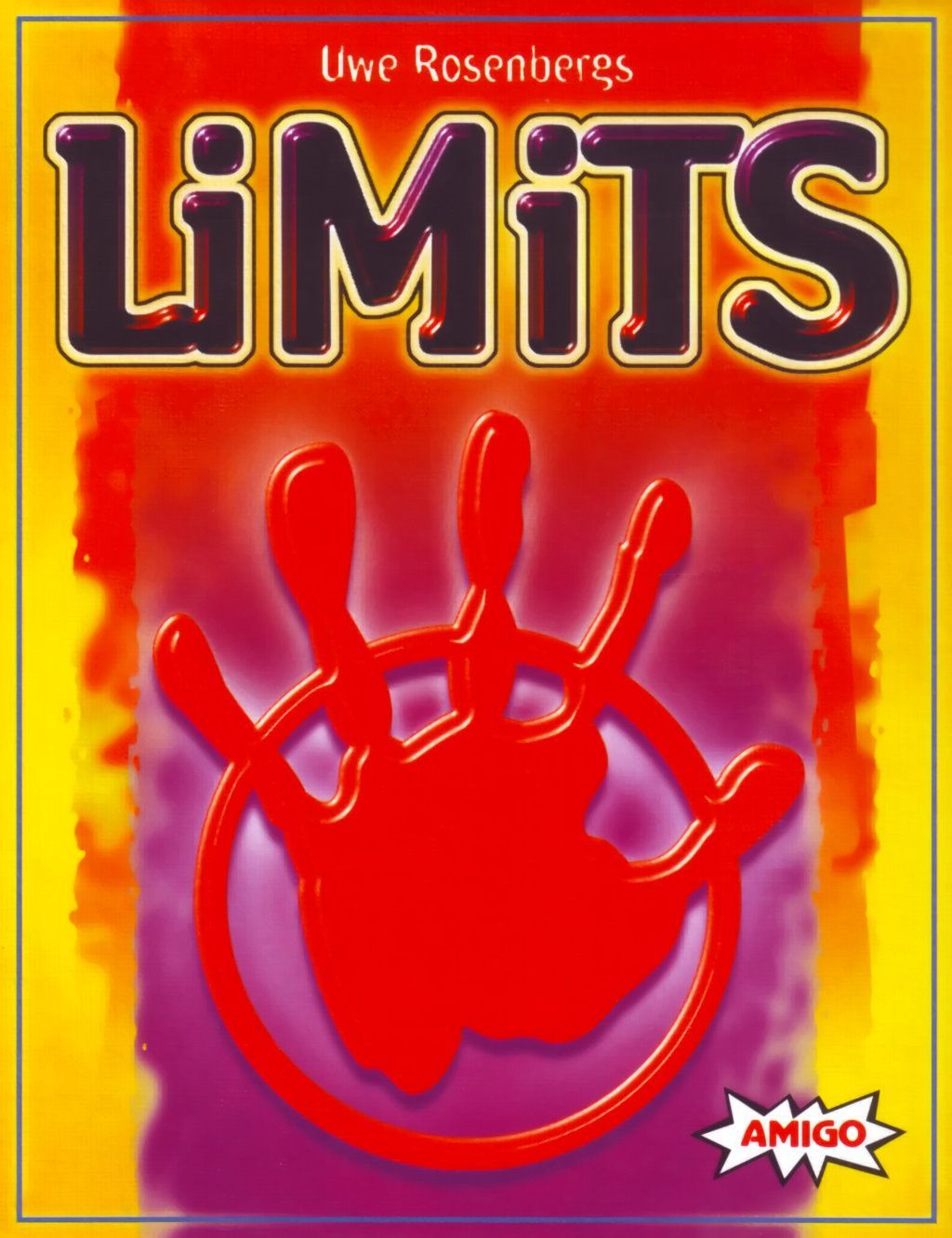 A color based card game where players try to track the number of cards played in each color vs. a limit card with maximums for each color. Successful challenges result in points for the winner and penalties for the loser. Game Summary Deal each player 5 cards (show one of 5 colors), then reveal the top Limit Card. Limit Cards specify limits (0 - unlimited) for the number of allowable cards in each of the 5 colors. Players place one of their cards face down in front of them -- these will modify the limits, adding one per card played this round. In turn order, players either challenge a previous player's play, or play card(s). Challenging: may "call" any player's last played card. Figure out which card they played last, and count how many of those cards have been discarded. Reveal all face-down cards and add those matching that color to the limit on the Limit Card. If the total exceeds the Limit, you get +1 VP and the challenged gets -2 VP; otherwise, vice versa. After resolving a Challenge, flip discard pile face down and place under draw deck WITHOUT shuffling. Players return their Limit-modifying card to hand; reveal a new Limit card and play again (player who got the -2 VP plays first). Playing Card(s): place a card to the discard pile, then draw a card. OR, if you have a set of 4 matching cards, you may draw 2, then discard 2 of the matches and place the other 2 matches on top of the draw deck; take a +1 VP card bonus. Game ends after all Limit cards have been played; most VP wins!