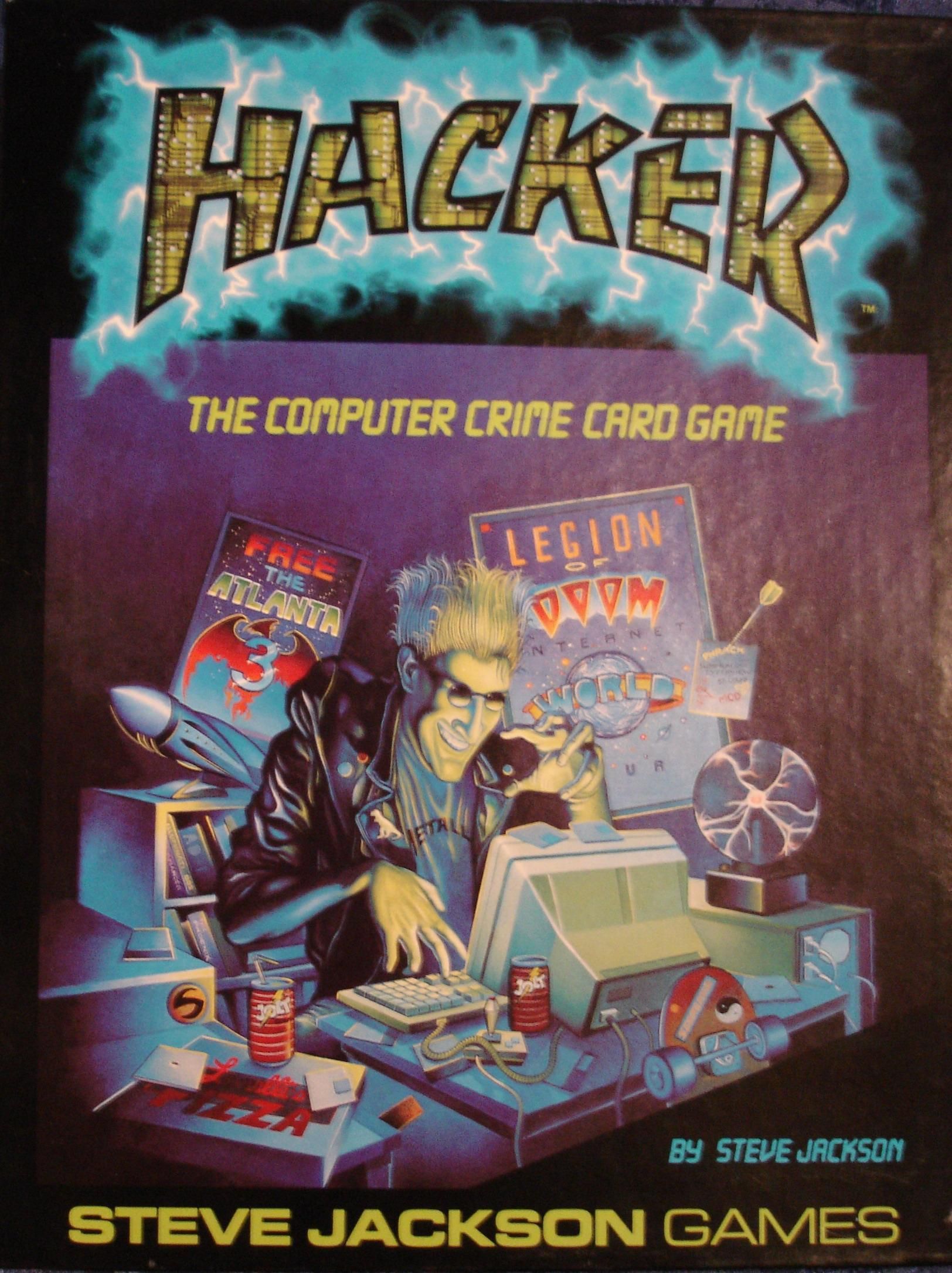 This is the computer crime card game inspired by the 1990 Secret Service raid on Steve Jackson Games. Play is similar to Illuminati except players play cards as part of the ever-expanding "Net" in the center of the table instead of having individual card stacks. Players use indials to break into systems and gain root access. Upgrade your hacking tools, deal with other hackers for access, phreak others onto your system, etc. is all part of the game. Avoid ICE and law enforcement raids to gain the greatest number of root access sites and win the game. Expanded by: Hacker II: The Dark Side. Re-implemented by: Hacker: Deluxe Edition.