Over the Top! Mons & The Marne - Universal Statistics 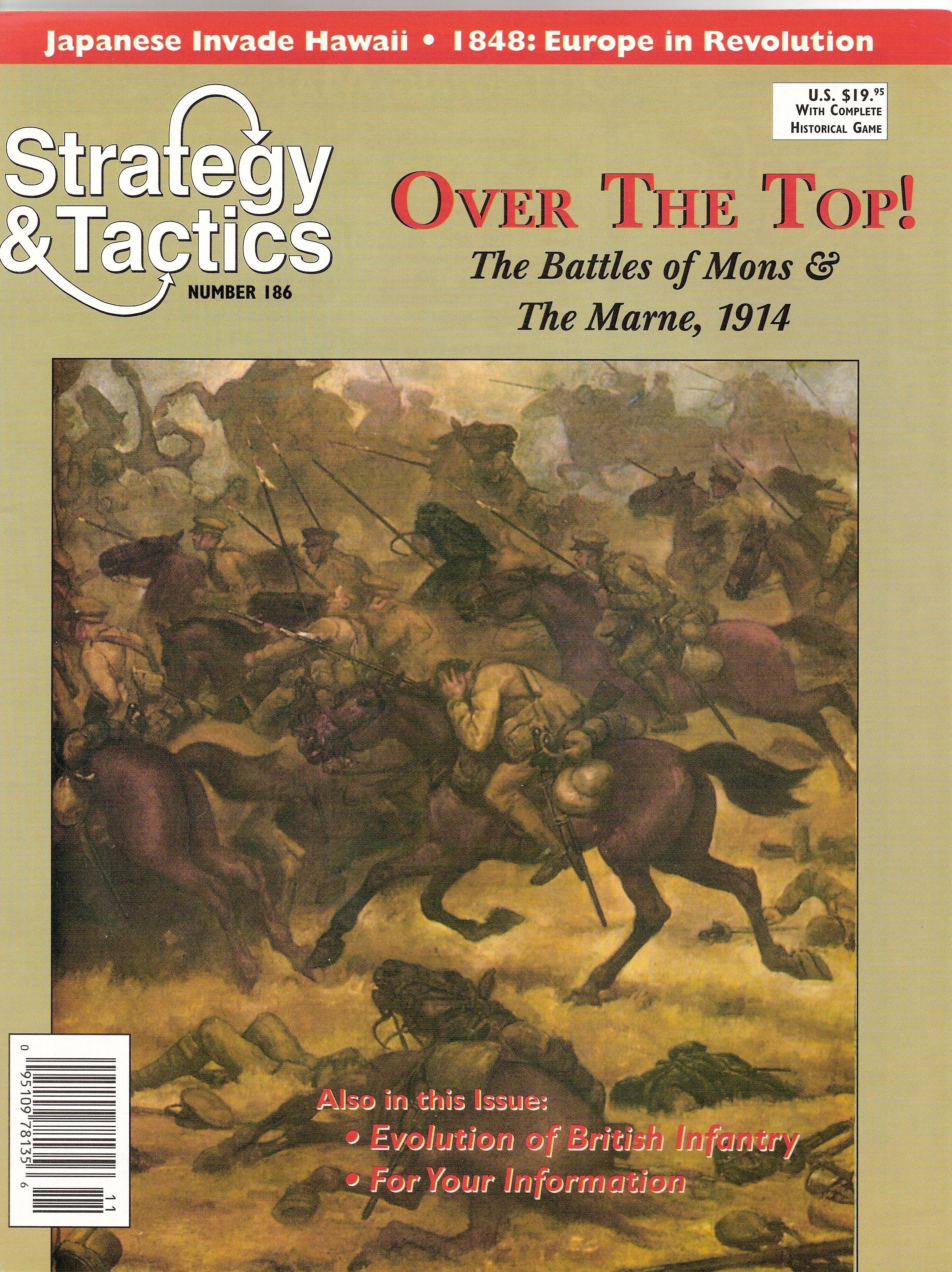 Two extra games from the Over the Top! Quad system that were published in Strategy & Tactics magazine #186, Jul/Aug 1997. 1 turn = 1/2 day, 1 hex = 2 miles. Mons, 23-27 August 1914 : "As the right wing of the German Army swept through Belgium in the opening days of the World War, the British landed the British Expeditionary Force (BEF) on the continent. Taking up position on the French left, they prepared for the German onslaught at the town of Mons. German General Alexander von Kuck's First Army was quick in coming. After a day long fight at Mons, the British fell back in a delaying action, eventually making a stand at Le Cateau. But the time they had bought proved critical in the upcoming Battle of the Marne". The Marne, 5-10 September 1914 : "Following their defeat in the "Battle of the Frontiers", the Allied armies retreated westwards, pursued by the Germans. The French chief commander, Field Marshal Joffre, decided to make a stand south of the Marne River. The German, changing their initial Schlieffen Plan, attacked through the gap between Paris and the Allied left wing, further to the east. Their intent was to destroy the Allied armies in one grand battle of annihilation. But the plan went awry. The Germans had outrun their lines of communication, and it was difficult for them to replace their losses while the Allies, with their ever shortening lines of communication, quickly regained strength. At the critical moment, the French Paris Garrison counterattacked on the extended German right flank. The resulting conflagration caused the German to pull back. The Allied armies were saved and the deadlock on the Western Front would soon begin.