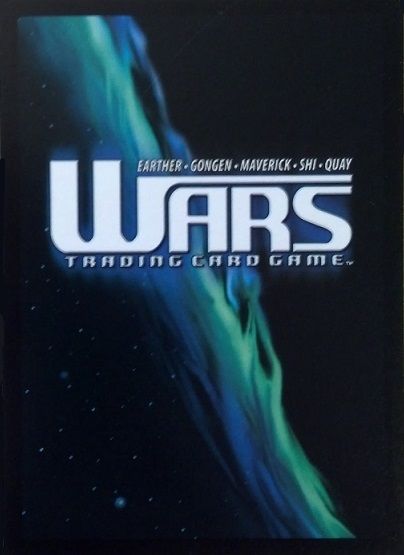 "It is Earth-year 2391. Through a vast tear in the fabric of the universe, alien warriors emerge to fight an already embattled humanity. The sky is burning. The Gateless Gate has opened. The cosmic rip meanders like a burning string across the galaxy and slices through the asteroid field near the orbit of Jupiter. The great opening becomes known as, 'The Mumon Rift'..." A new TCG in a proprietary Sci-fi Universe that revives the mechanics of Decipher's Original Star Wars CCG. John Howe (of the LOTR movie fame) will develop the art concept. One difference from SW CCG is that the deck backs will all be the same, no evil/good hoopla. Per Decipher, WARS TCG is currently "on hiatus". And if you find it, it is incredibly cheap. $8 per booster box cheap. Now, you can collect an entire CCG - with inclusion of ending up with several of the (now not so)UR foils - for the same price as a boardgame.