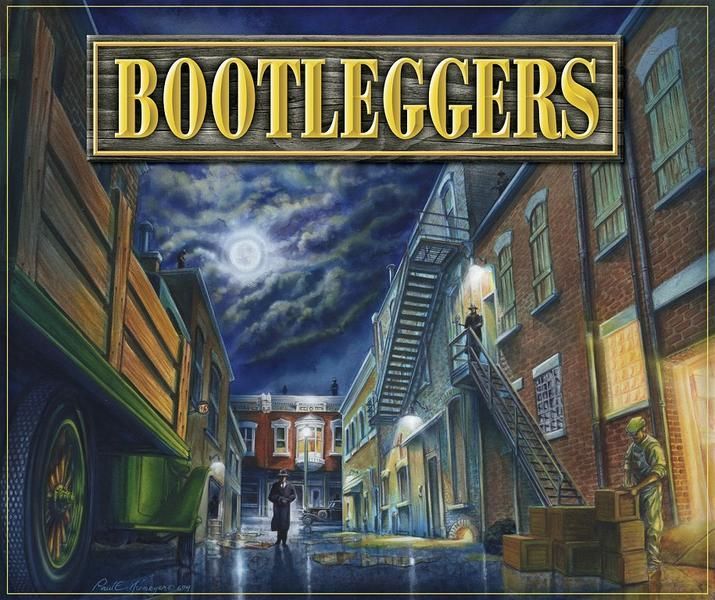 It's January 1921. Prohibition has been in effect for a year, and it looks like the 18th Amendment is here to stay. The problem, however, is that outlawing the "manufacture, sale, or transportation of intoxicating liquors" hasn't done anything to reduce the demand for booze! As a result, illegal stills dot the countryside and secret (or not-so-secret!) speakeasies are popping up all over in cities large and small. Local law enforcement may look the other way (especially if they're properly motivated) but Elliot Ness' G-Men are harder to convince. With this much money at stake, organized crime is sure to take an interest. In Bootleggers, players take on the role of enterprising bosses seeking to make a name for themselves in the illegal alcohol trade at the height of the 1920's prohibition era. Deceit, lies, and alliances of convenience are the norm as players attempt to control distribution through money and corruption by muscling in on the competition, paying off the local law authorities, building underground speakeasies, and shipping trucks of "hooch"! Tentative plans for the 2012 edition of Bootleggers included two double-influence cards, four blank cards, more cash, a revised rulebook, colored dice for each player, additional variants (including a two-player scenario), and improved trucks with easier-to-read numbering.