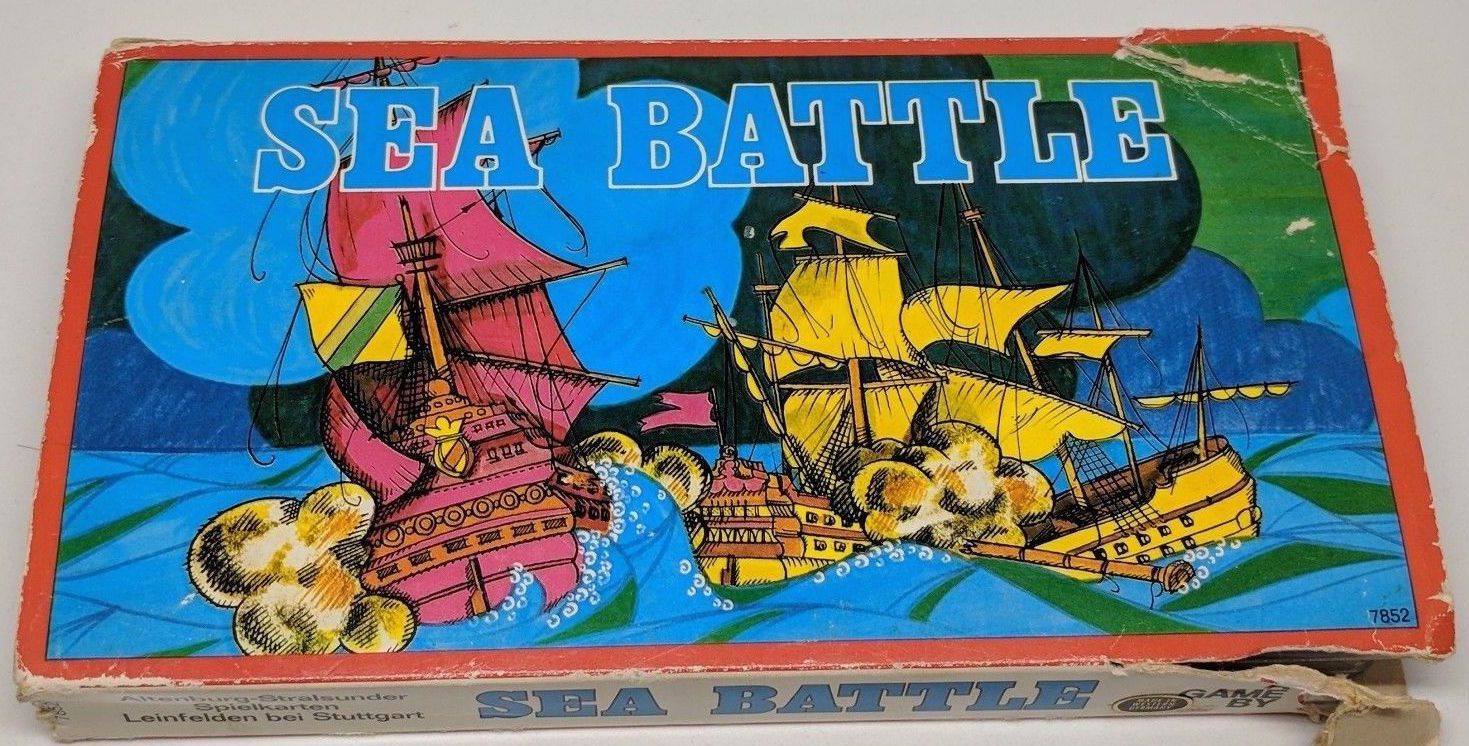 Sea Battle is a card game played in a manner similar to Battleship. The components are 89 water cards with identical fronts and backs and 32 ships cards whose backs are the same as the water cards. The game is packaged in a nice hard clear plastic box that is divided into 3 compartments to hold the cards and rules. A full color cardboard slip case shows three ships in battle on the front and a brief description. illustration of a grid layout, component list and the name Altenburg-Stralsunder Spielgarten AG. On the side of the slip case is printed: Altenburg-Stralsunder Spielgarten AG Leinfelden bei Stuttgart and SEA BATTLE a GAME BY ACE. The logo is the word ACE over a red heart inside the letter V and inside a circle. According to the very brief and somewhat vague rules, "Each player selects 20 or more water cards and 8 ships cards..." There are 3 colors of ships. The cards are laid out in a grid all face down. 3 Red ships are independent and may be placed face down anywhere in the grid, Brown ships are part of a small fleet and must be placed adjacent to one other Brown ship orthogonally and Yellow ships form a large fleet and must be placed adjacent to 2 other Yellow ships orthogonally or diagonally. The very brief rules refer to a players ability to move or exchange ships during the turn but give no specifics on when and how. Also not given are any specifics regarding more than two players. Players alternate calling out grid locations and revealing cards. A hit entitles the player to another shot. A player wins when he has sunk all the opponents ships. (Pix will follow).