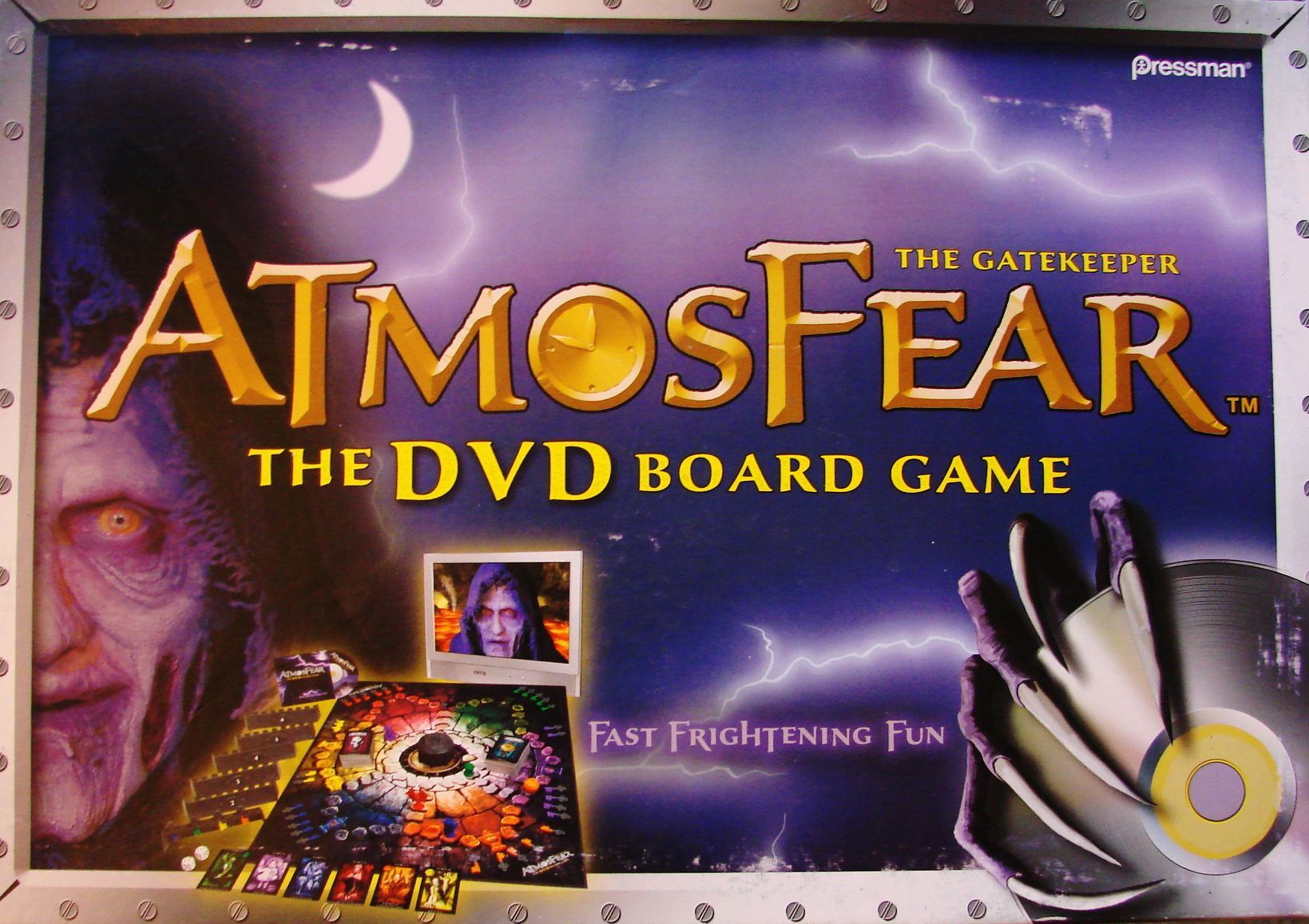 An update to the VCR games Nightmare from 1991 and it's 1995 successor, Atmosfear. The aim of Atmosfear is to collect a key from each of the six regions of the board before heading to the "Well of Fears" in the center and attempting to draw your fear from among those of your opponents in order to win the game. This must be done before 49 minutes pass, or all players lose automatically. Atmosfear uses a DVD that acts as a timer, constantly ticking away toward the end of the game. The Gatekeeper also frequently appears on screen and causes problems for any or all of the players. Just like its predecessor, Atmosfear makes for stressful play -- players rush to take their turn and pass on the dice as quickly as possible before the Gatekeeper appears and calls on them. Unlike the original, the adaption to DVD means encounters with the Gatekeeper are randomized rather than in a fixed order, so you cannot predict when he will turn up next. It also means that new events can come up several plays on, although as with the original, in the long run, players may still become familiar with the possible events, leading to reduced replayability.