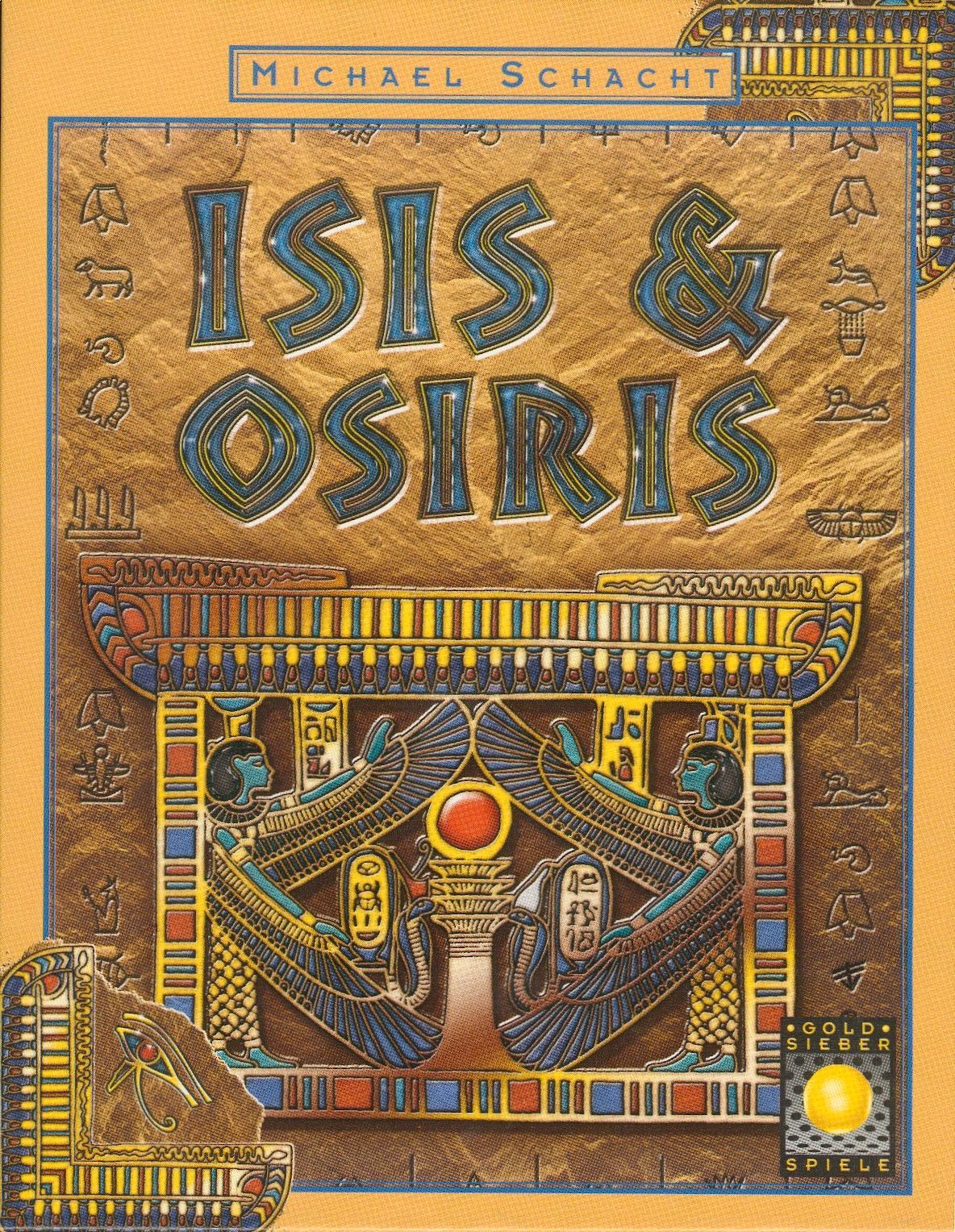 User Summary Each player receives the same quantity of wooden disks of a colour and a face down pile of cardboard tiles with positive and negative values. On your turn, you can either place one of your wooden disks on the gameboard, or draw one of the face down tiles, display its value to your opponents and place it face down on the gameboard. Turn by turn repeat this until the board is completely filled. Now the cardboard tiles on the board get revealed and you score each of your disks by totalling the values of the cardboard tiles that are orthogonal to your disks. Depending on the tiles the value can be positive, neutral or negative. Your score is the sum of values of all your disks. The player with the most positive points wins. From the box According to legend, Osiris brought agriculture to Egypt, the foundation of its culture. Together with Isis, he ruled the country with great wisdom until he was betrayed by his envious brother, Seth. Now Isis must search for her husband, and she punishes anyone who dares to stand in her way. New Release With same design, different size box and additional variant by Abacusspiele, 999 Games and Devir in octobre 2010. awards Game by Game 2011, Recommendation The Book Of Games 2002, Recommendation Speelgoed Van Het Jaar 2001, Nomination