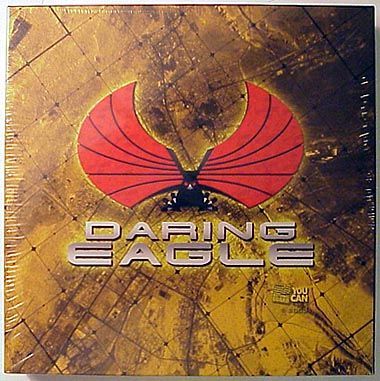 You're in command of an elite force. Your mission: Capture your opponents and secure the area. A good strategy game which combines various elements of war, chess-like moves and cards. Strategies will range from aggressive assaults, multi-front advance or defensive maneuvers with the idea of wearing down your opponents --- with some luck thrown in. The 2-sided gameboard is divided into 12 by 12 grids --- with one side used for a standard game and the other for a variation game. The cards provide extra power to your attacking forces, like Air Strikes, Armored, Engineering, Special Forces and more. Two basic units are used in the game: Divisions (powerful but slow) and Brigades (quick but less powerful). An interesting game. 2 to 4 players. Ages 12 and up. Army National Guard from 2003.