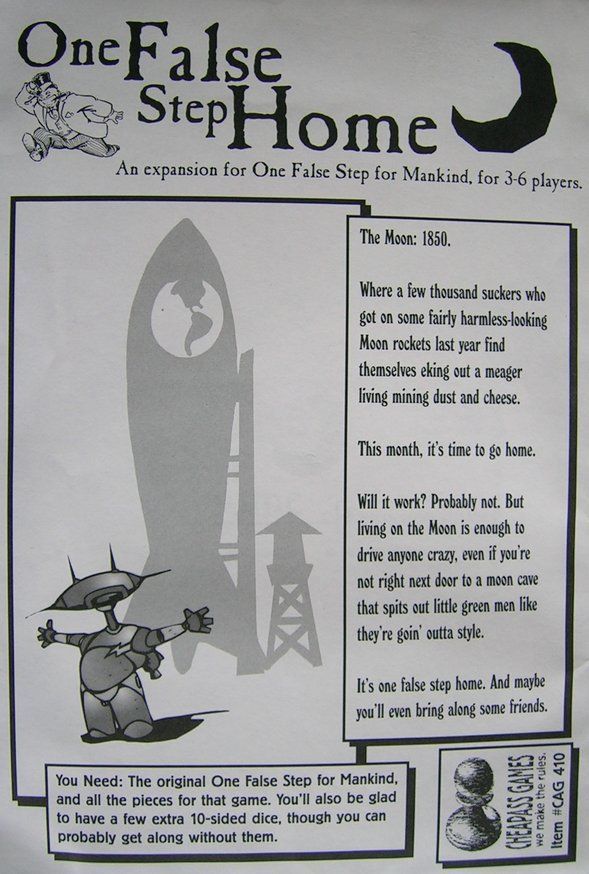 In One False Step Home it's time for the unfortunate souls who blasted to the Moon in the original game to send a few lucky ones back home, with the help of their friendly neighborhood Moon Men. This is an expansion for One False Step For Mankind - the original board game where absurdly wealthy Gold Rush towns race to the Moon - provides a new set of Moon-colored boards for the original game, plus a few twists on the basic rules. In the expansion, people can be produced by Moon Caves. Rocket systems and Know-how have been removed. Instead, players purchase smaller rockets and may launch several of them per turn, earning one influence chip per successful launch (plus one chip per passenger). The changes reduce playing time from three hours to two. Expands: One False Step for Mankind