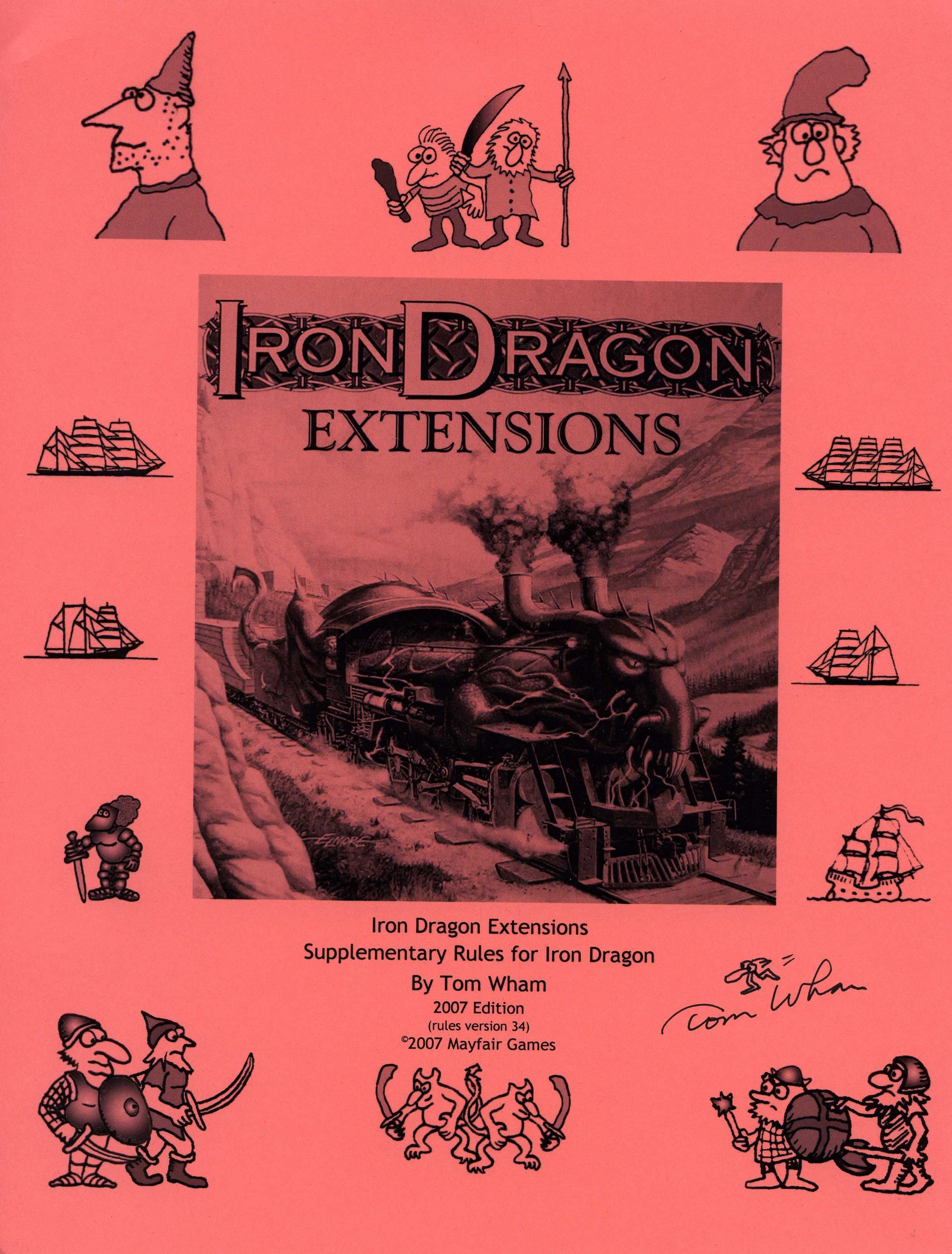 This is an expansion for Iron Dragon by Mayfair. Tom Wham has said that it may be included (as Optional Rules) in the next printing of Iron Dragon. This adds combat to the game. You have mercenary and ship points that are worth combat points. To win the battle, you need to score higher using your combat points (your train and foreman may have a combat value) and rolling percentile dice than the foe does using the same items. It definitely adds a new dimension to the game. It was released at Origins 2004. 2007 Update Tom Wham sells the 2007 version directly from his web site. As of summer 2007 he was selling version 34. According to the introduction, the rules were edited out of the original version by Darwin Bromley, who wanted the game family friendly. The cards are printed on Avery business card paper, neat. Components: 36 New Loco Cards 20 New Ship Cards 20 Mercenary Cards 1 Random Events Chart Players must provide their own 2 d10's, 1 black and 1 red are recommended Expands: Iron Dragon