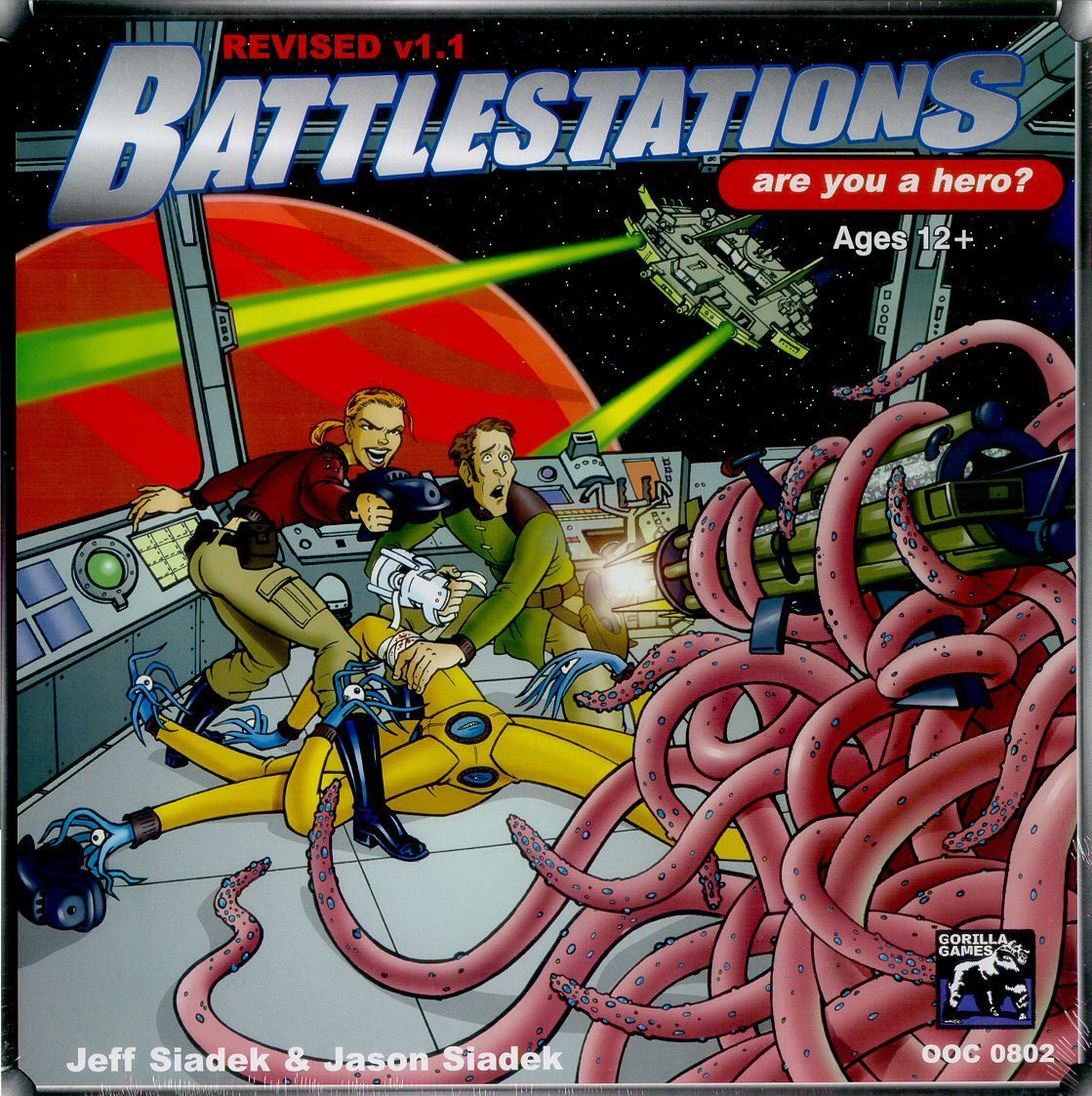 In Battlestations, you and your friends each play the role of a crew member on a starship that faces whatever grief the Enemy player throws at you. You'll blast enemies, pull outrageous maneuvers, unlock the secrets of alien cultures, and crank the last bit of juice out of an overtaxed engine while trying not to get yourself, your crew, or your starship blown to bits in the process. In more detail, one player acts in the role of The Enemy and controls aliens, evil characters and any surprises that will come up. The other players take the role of starship crew. Players first build a ship with various tiles, with each tile representing a different location on a ship, such as a bridge, engine room, torpedo room, teleporter room, etc. Players can go to the appropriate room to take the designated action. At the same time, the game is played on a second board representing the space around the ship. The game is played in scenarios. The goal of the game is to complete the scenario specific mission. The crew will win, as a team, if the scenario goals are accomplished.