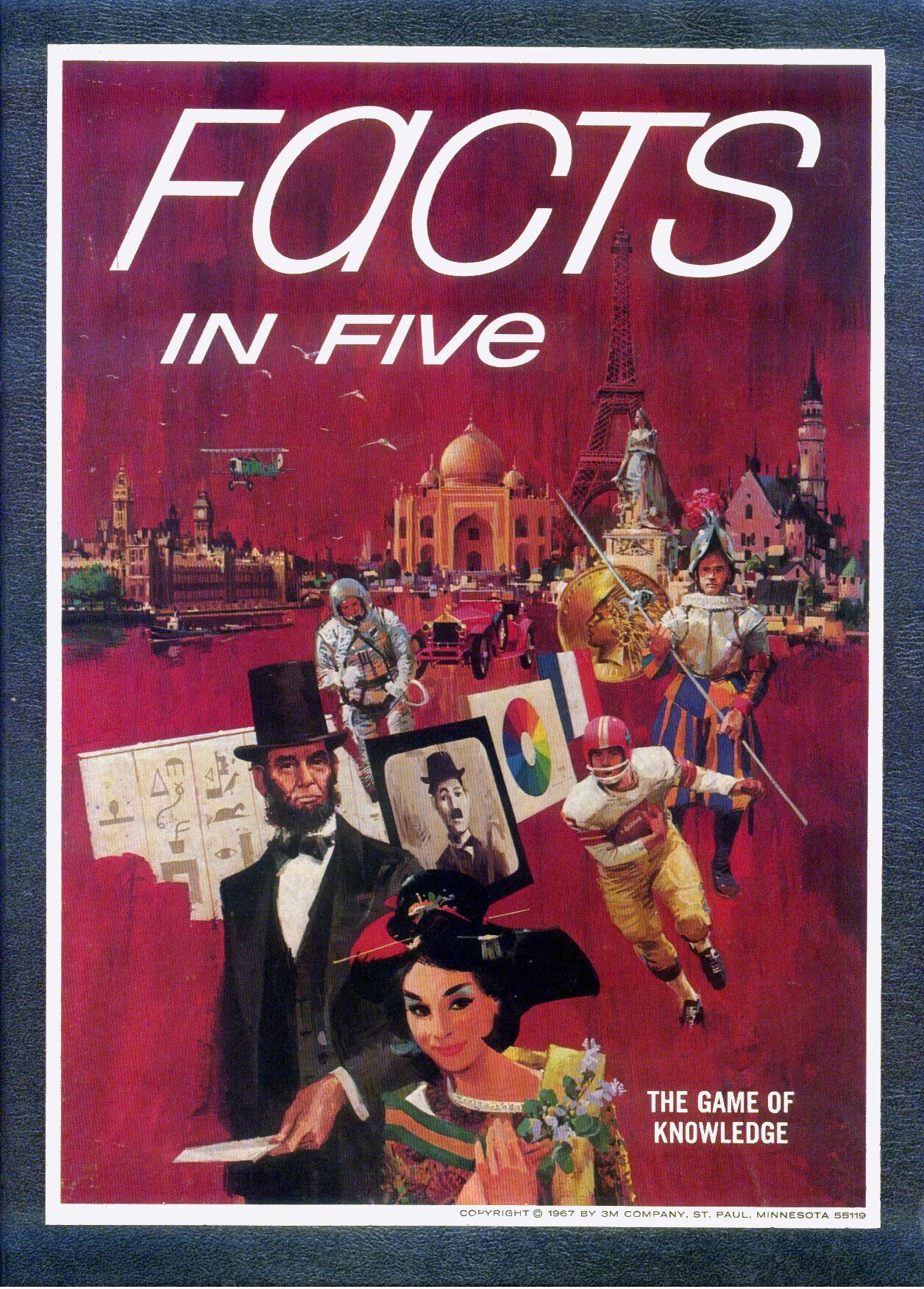 Part of the 3M Bookshelf Series. Five cards are drawn. Each card contains a "class" and a list of "categories". A category is selected for each class and the players and five letter tiles are drawn. The players have 5 minutes to come up with an example that begins with each letter for each class/category. There are also variations on the game to make it harder (like using the same letter for all five words) or to allow children to play against adults competitively with easier questions. 2007 update: Now part of University Game's Bookcase Series. The game has been updated to remove many of the esoteric categories (foreign words, spelling, authors of ______ descent). It's now much more a test of pop culture trivial knowledge and there is no longer the option to select a category only. One must now pick a Category and Topic (the term 'class' was removed). Also, the letter distribution was updated. The box indicates that this edition is copyright 2006. Contents: -56 cards -52 letter chips -Master Score Pad -Playing Card Sheets -Sand Timer(5 minutes) -Plastic Storage Tray -Rules(inside lid) -How to Score Sheet 1967 3M & 1976 Avalon Hill edition differences -Rules are separate (NOT on inside lid) -only 30 letter chips (1 of each letter plus 4 wild *'s)