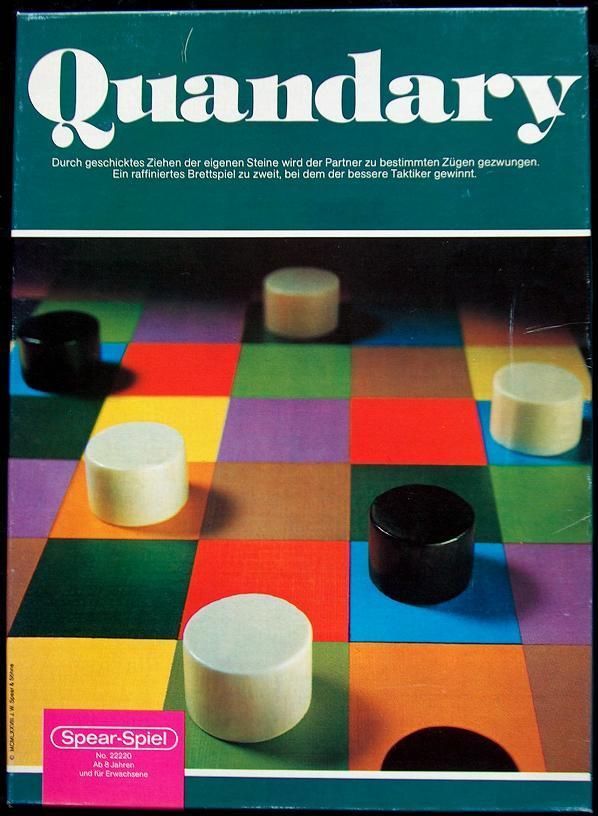 Not to be confused with a later, totally different game of the same name, Quandary, as published by Spears, is a two-player abstract traversal race game. Following an initially random placement of their four pawns (using cards), each player moves one pawn in turn one space forward (either orthogonally or diagonally) if and only if the space to which the pawn is moving is of the same color as the space in front of at least one of the opposing pawns. The first player to get one pawn to the far end of the board wins.