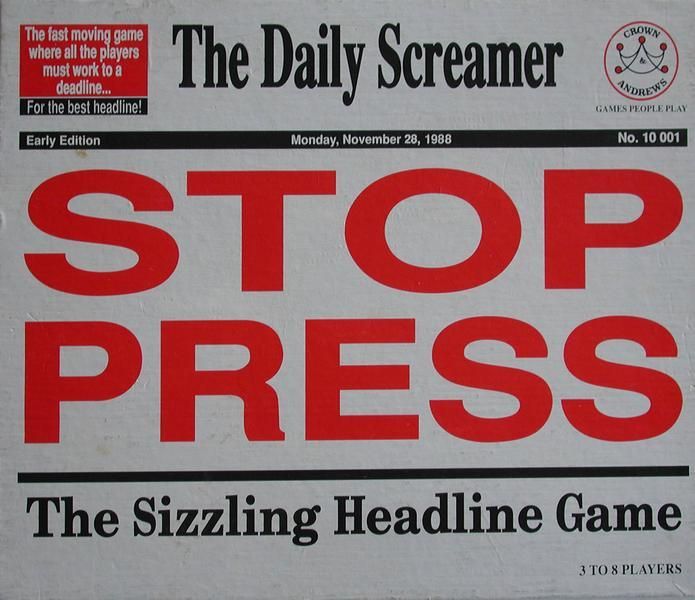 An Australian game produced in the 1980s, Stop press involves rolling a colored die to determine one fo three them,e decks from which to draw a theme card (Good News/Bad News, Scandal or Crime). On the card is a short apocryphal theme like "celebrity found dead in strange circumstances". Each player has a set of words on cardboard chits and is given one of four newspapers (a cardboard front page with slots to put the words into). The aim is to write, with your words, on you newspaper, a headline which captures the theme. All players then place their headlines into the center of the board, face down, after which they are all revealed and each player votes for the best headline (not allowed to vote for their own). You move one space forwards in the progression from paperboy to media magnate for every vote your headline gets. Along the way there are some random even cards (Stop press cards) helping to promote or demote you as chance would have it. All told a very amusing game, but suffers a little form the zillions of fiddly bits (word chits) that need to be managed and the restricted vocab those same word chits provide. The vocab is Also very '80s, including Thatcher and Gobachev, but it's still a very entertaining game.