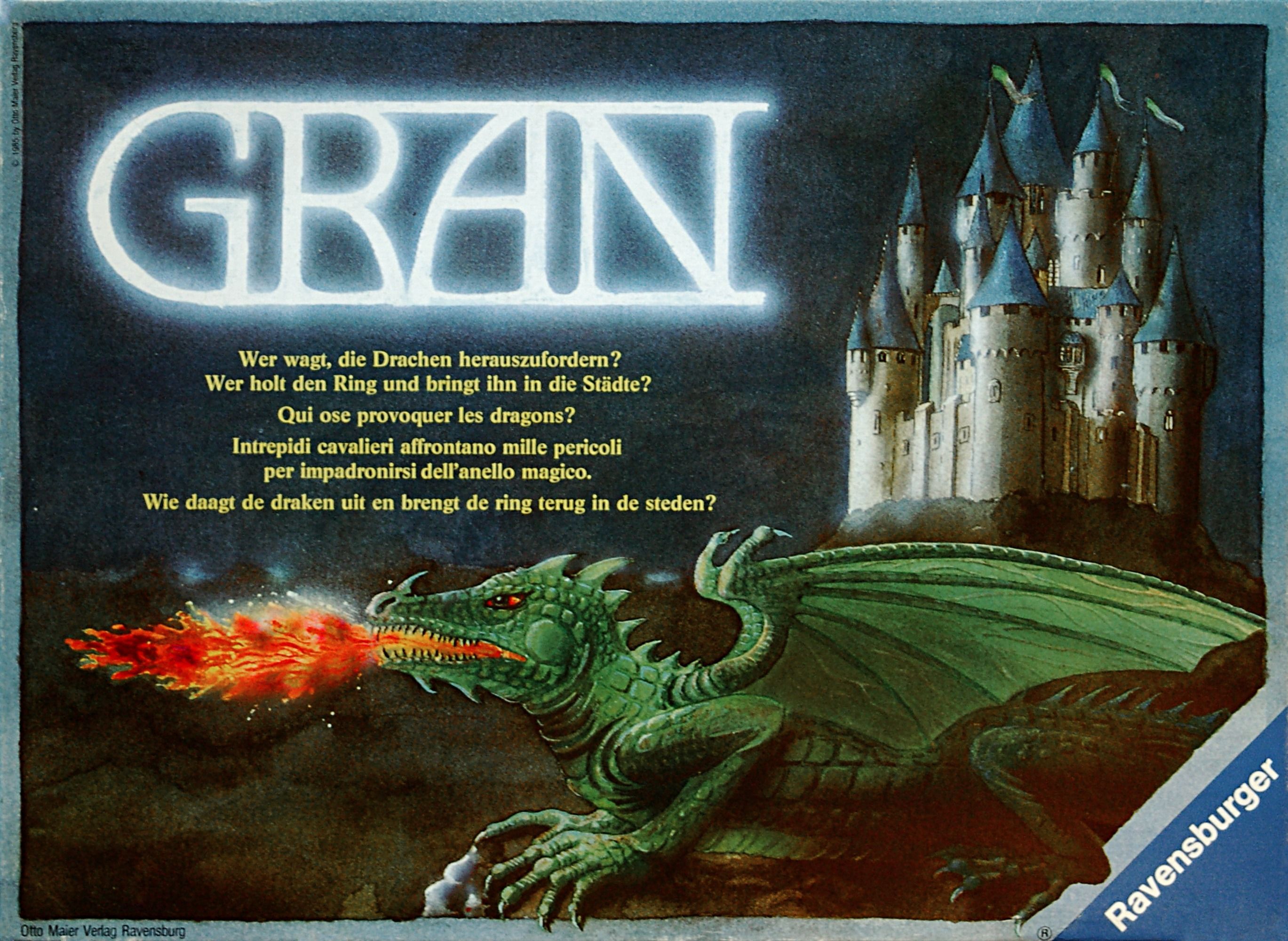 Age 10+ Each of the four states of Tirad, Urgad, Galad and Elgad has one large city. Life in a city flourishes for the inhabitants only when the magical ring is there. Unfortunately, the ring never stays long in one place. A band of brave knights is gathered together in Galad where they hear rumours that the ring has been seen in Tirad. The Quest begins... Each player tries to find the ring and transport it to the cities. As a reward, they receive the seals of these cities. Collect three different seals to win. Many obstacles are to be overcome and dragons slain before a knight's quest is complete. This is a fairly abstract game. Each player has three extra "lives" and loses one when defeated by a dragon or when attacking another player. These lives are replenished by visiting cities. The ring allows its bearer some significant advantages such as passing through obstacles. Special spots on the map allow new obstacles to be placed or existing ones to be moved, so a player can be affected even by other players far from him. The end game can drag a bit as all the other players coordinate their efforts against the leader. Still, pretty enjoyable.