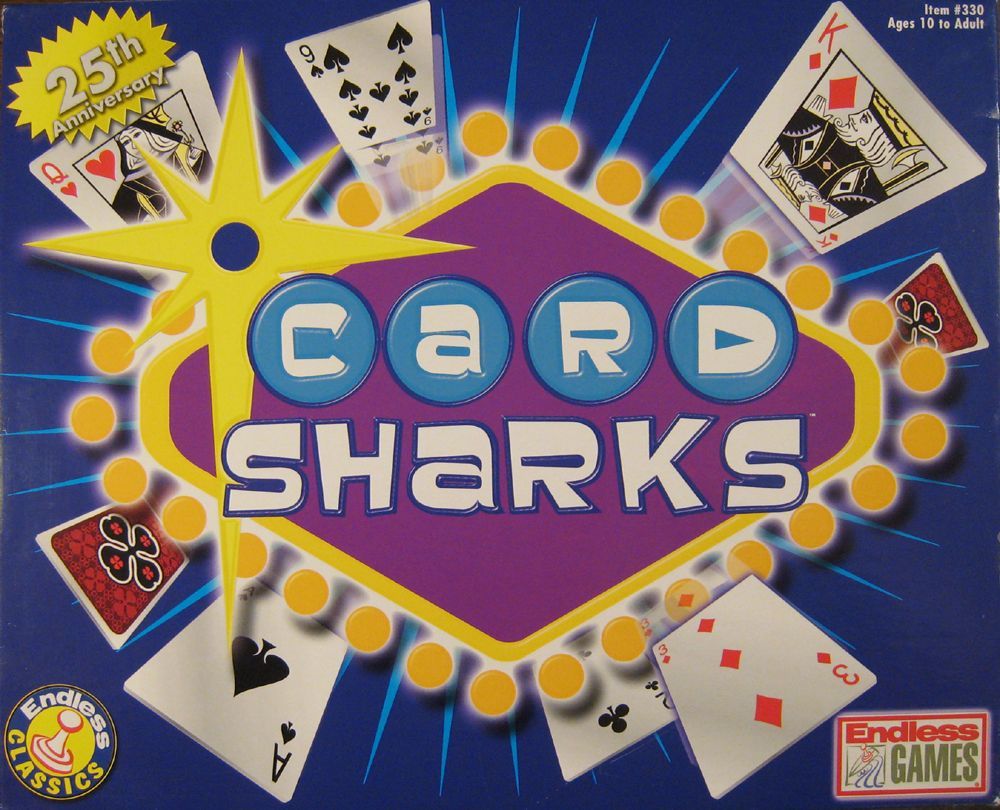 FROM THE BOX: "Aces High, Deuces Low; Play the Cards, Win the Dough!" Now celebrating its 25th Anniversary, Card Sharks is the high-octane home version of the classic 80's game show that features two contestants vying for cash prizes by playing the legendary "High/Low" card game. Players gain control of the cards by correctly answering curious census questions, then test their skill and luck by determining if the next card is higher or lower than the previous card. Complete with the action-packed Money Round, play Card Sharks and win BIG!" Based on the classic game show, two players compete to flip over their row of cards by correctly predicting the response to various surveys (one player gives a number, the other guesses "higher" or "lower"). Whoever wins that question then plays a higher-lower game with their row; players may freeze after a correct card prediction, as a wrong guess removes and replaces all unfrozen cards; the player also loses their turn if the next card is the same as the one before it. The winner of the game plays the Money Cards, which offers up to $32,000. Unlike most of the late-1980s run, there is no car game. While using the logo of the 2001 revival, the format is that of the 1970s and 1980s runs. As a result, it does not resemble the 2001 format in any way.