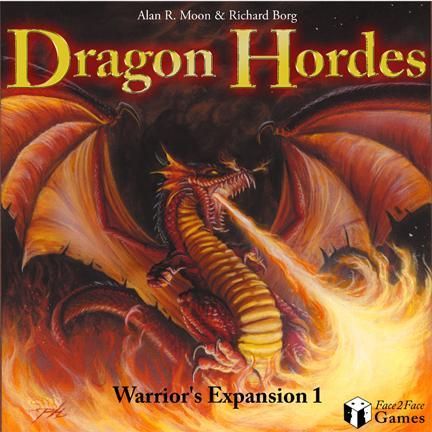 The Dragon Hordes expansion (55 cards, two small pages of rules) to Warriors adds a new creature, the Dragon, along with additional Catapults and Attack Cards, and makes the game playable by up to 6 players. Dragons, unlike other creatures, must attack and defend individually, but just one can wreak havoc. They roll two dice on both attack and defense, adding one to each die roll. Catapults have only one chance in 6 of killing Dragons, and their defense can be augmented by "Flames" (basically, extra lives that must be eliminated before the Dragon can be killed). Having the most Dragons at the end of the game also gains victory points.