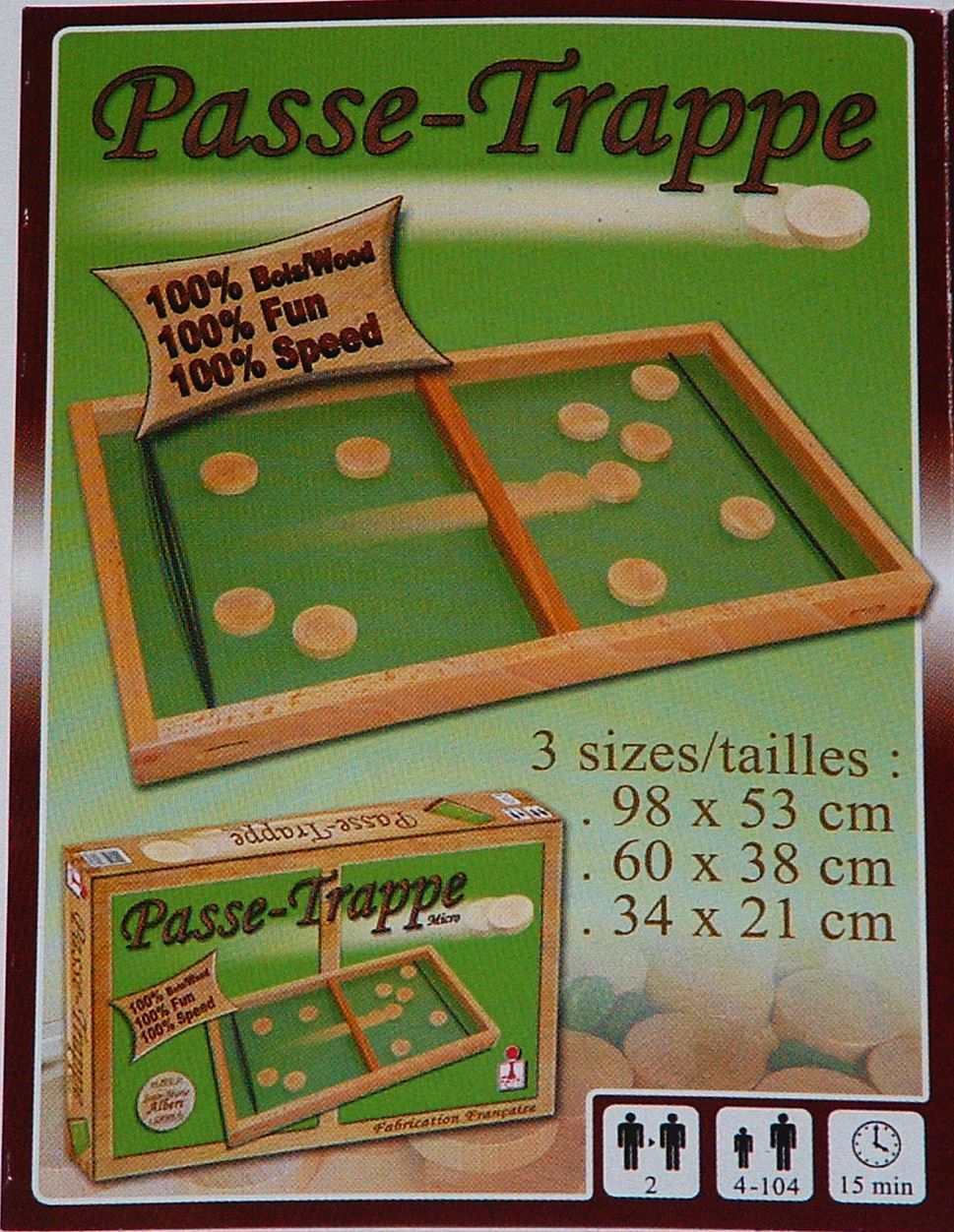 Le Passe-Trappe is a fun dexterity game that can be played in only a few minutes. The board is split in two by a wall with a small gap in the center. Your objective is to be the first to shoot your disks though the gap using the elastic band stretched across your back wall. At the start of the game, both players place their disks anywhere they like on their side as long as they are not blocking the central passageway. The players simultaneously use the elastic band to flick the disks through the passageway to the opponent's side. Whoever has fewer pieces on their side when time runs out wins the game. This game is very similar to Flitzpuck.