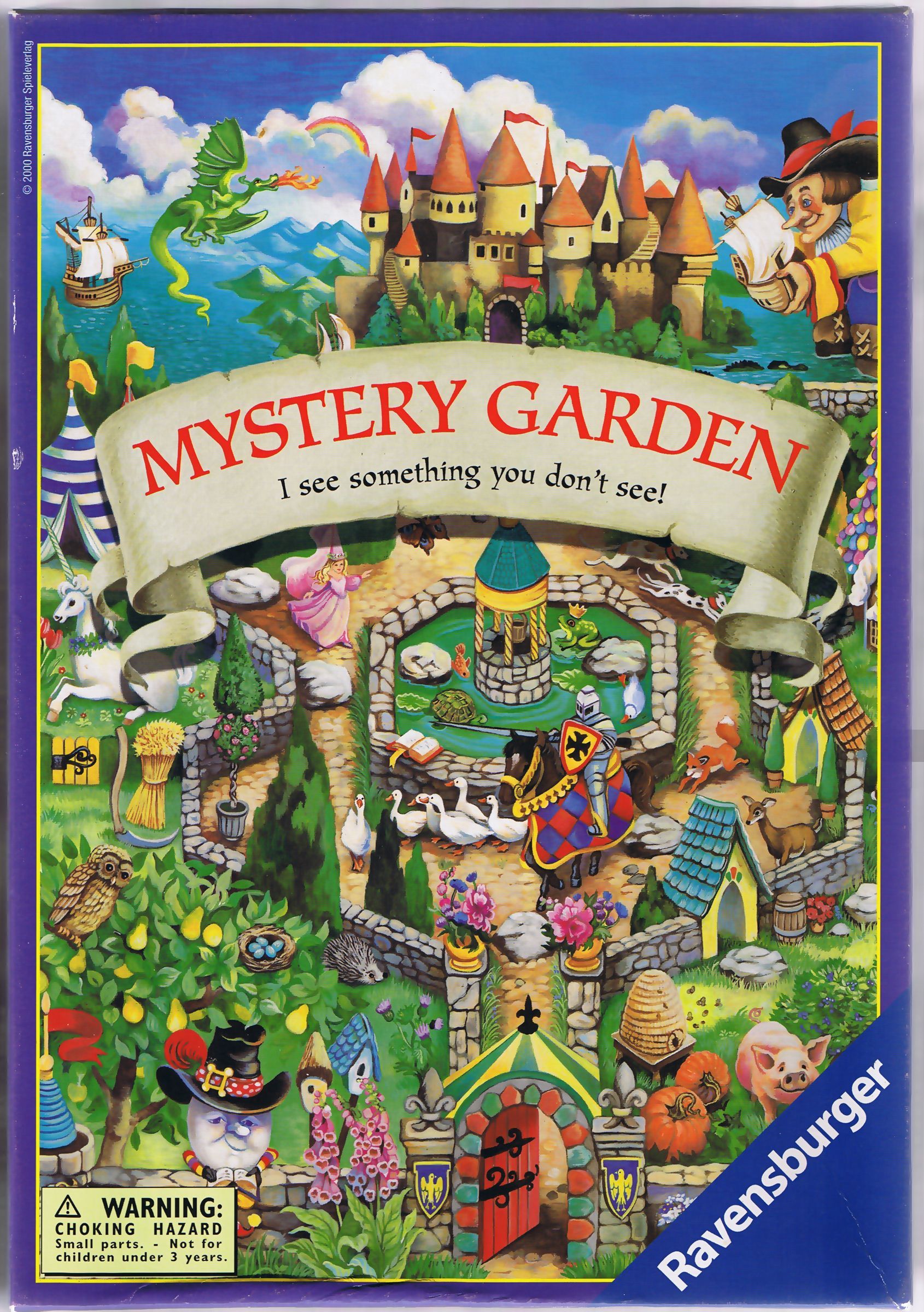 One player takes a card on which a picture is displayed which is also on the game board. The next player may ask one question which can only be answered with yes or no. In clockwise order the next player may ask a question and so on... Whether the answer to the question is yes or no, the playing-figure moves up one space in the direction of the castle. There are 15 spaces between the gate in front of the garden and the castle, so also 15 quest-ons that can be asked at maximum. It's forbidden to ask a question about the location of the picture on the game board. In stead of asking a question, a player may also say what picture is on the card when he thinks he knows it. If he is right, he earns the card which is one victory point at the end of the game. If no player knows what picture is on the card when the playing-figure reaches the castle, the player who took the card at the beginning earns it,and also a victory point. When all the cards have been taken, the player with the most cards wins.