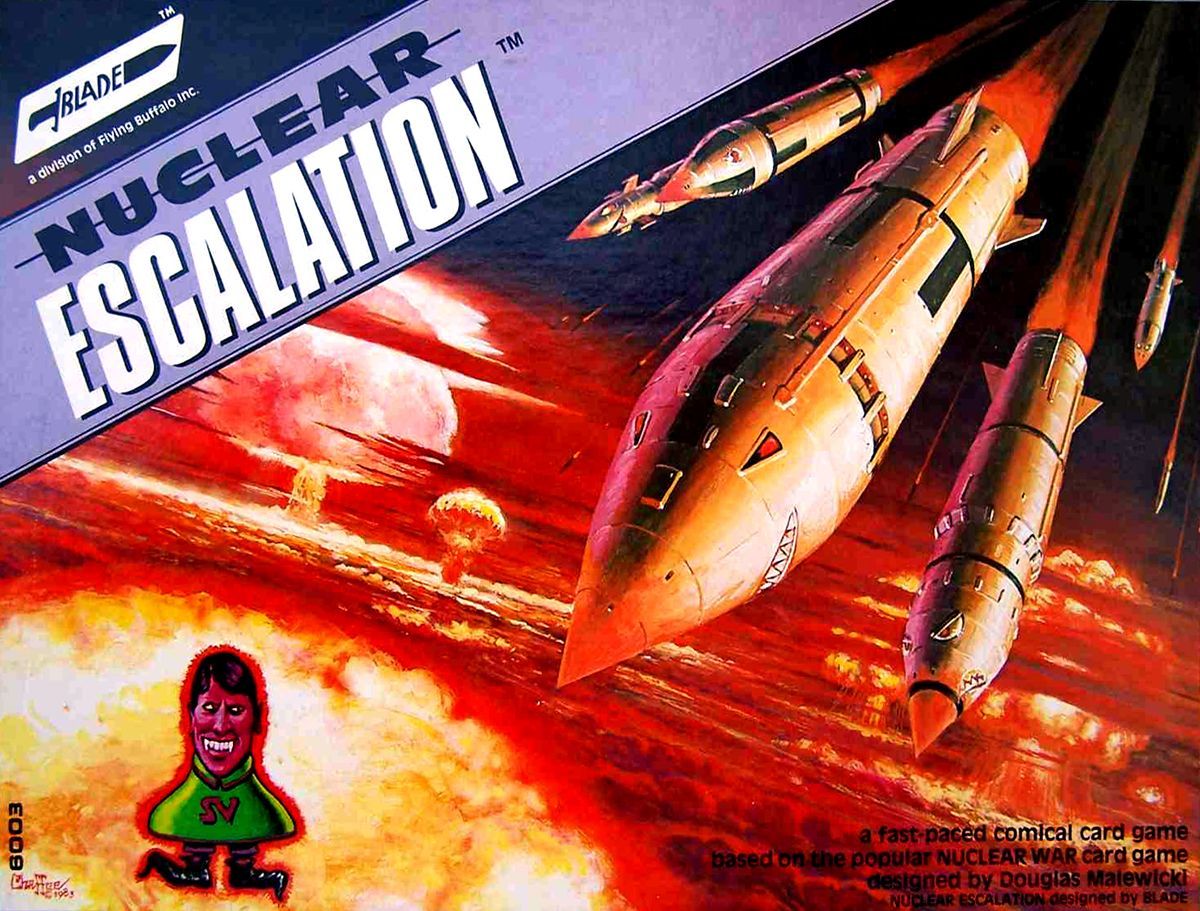 From the back of the box: A comical card game of nuclear confrontation involving nervous world powers and jittery diplomats. Everyone jockeys for domination (in self defense, of course), using propaganda, espionage, and meanwhile building space platforms (for peaceful purposes, of course). Diplomacy inevitably fails and the missiles start flying! The first expansion set for Nuclear War, this can also be played on its own. Integrates with: Nuclear War Nuclear Proliferation Weapons of Mass Destruction