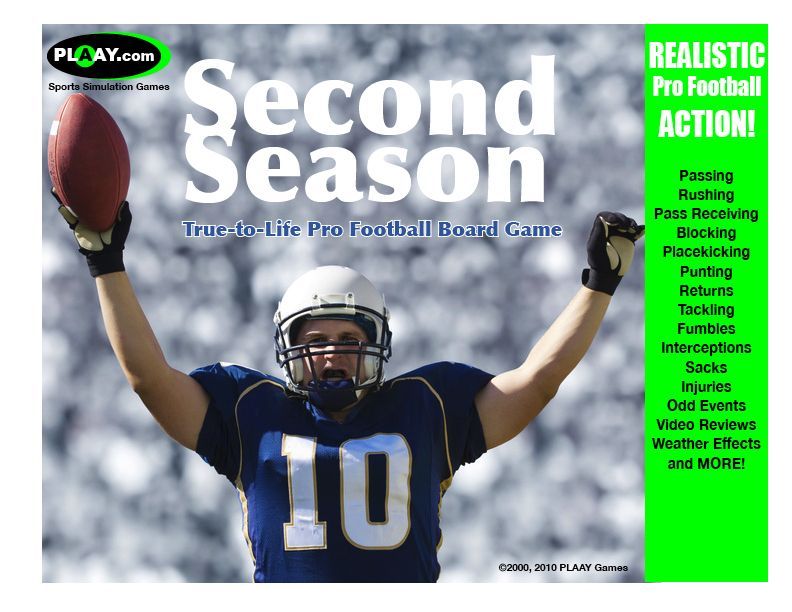 A pro football simulation using various season "yearbooks" to play games, seasons or create drafts to create your own teams. Besides the more current annual season yearbooks, there are also some great teams of the past sets to choose from. Some details that I think do separate Second Season from other football sim games out there are noted on the PLAAY.com website: "It offers a "visual" element not found in any other football board game. The design allows the gamer to find out not only WHAT happens on each play, but also WHY. ... Second, this is a football game that brings ALL of the players on a football team into the game, NOT just the ball-handlers. ... The individual abilities of ALL the players on the field come into play during the course of a game". There are various charts to refer to but the game does flow quickly and because of the nature of the chart information as noted above, it really does make the game come more to life. I find the game flow with the chart information to move smoothly and does allow for a full statistical game result in a reasonably short period of time. The player ratings of the "fringe" players is a game design element that really does make this one different and I think makes it a better football sim.