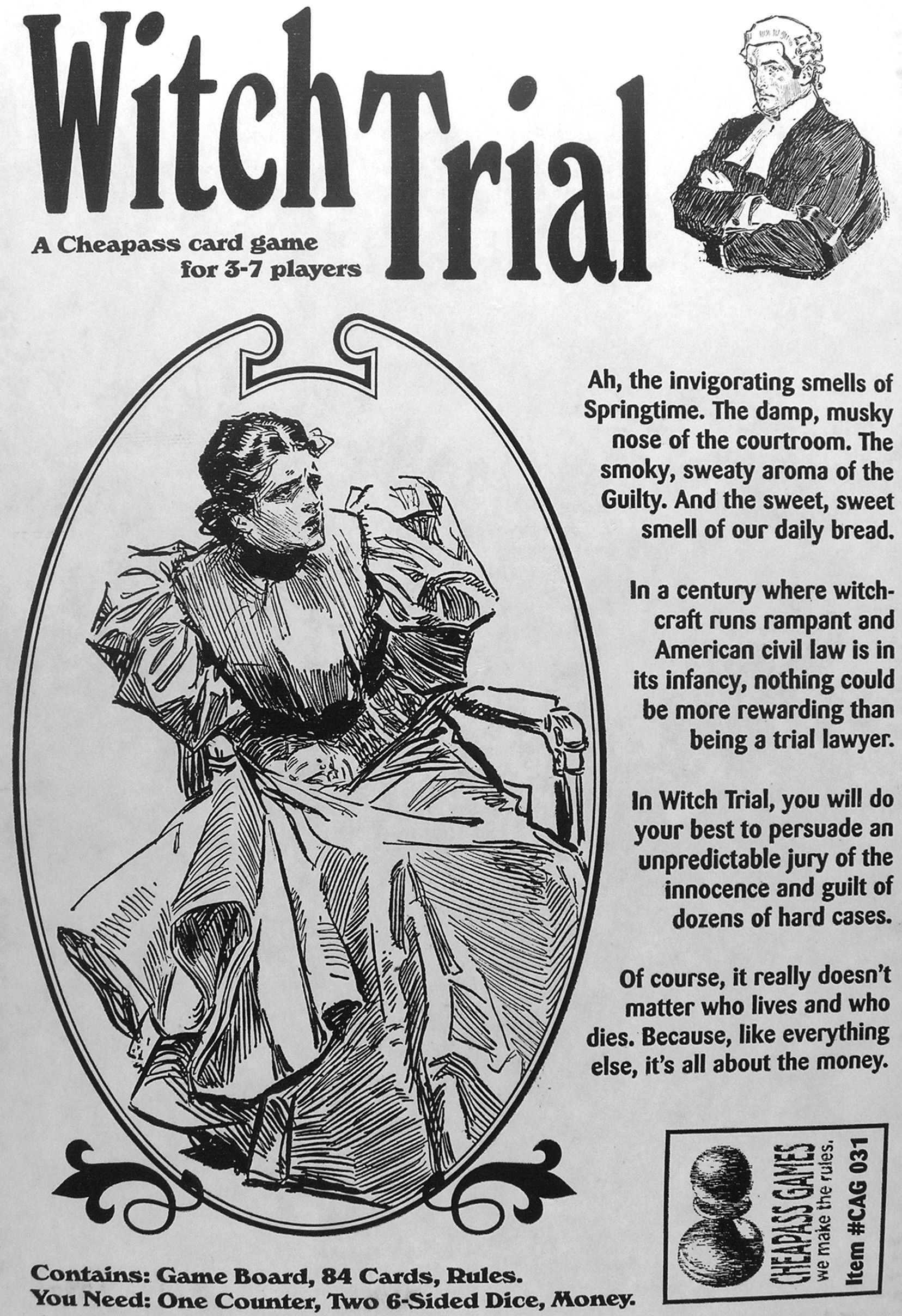 Players represent lawyers in this humorous, pseudo-Colonial courtroom trial card game. Each player attempts to prosecute victims and make money by winning the case. All lawyers pair a Suspect with a Charge card to represent the case they are prosecuting. However, money can also be made by defending the cases that other lawyers are working on. When a case comes to court, players add their Evidence cards, and make Motions and Objections, in order to sway the jury to their side. Then the case is either settled by plea bargain (an agreement by lawers to divide the case money) or by the jury (a 2D6 dice roll of 13 or more which includes all card modifiers played on this case). A fun game in which the lawyer with the most money wins. Awards 2001 Origins Award Nominee: Best Abstract Board Game 2001 Listed in GAMES Magazine's GAMES 100