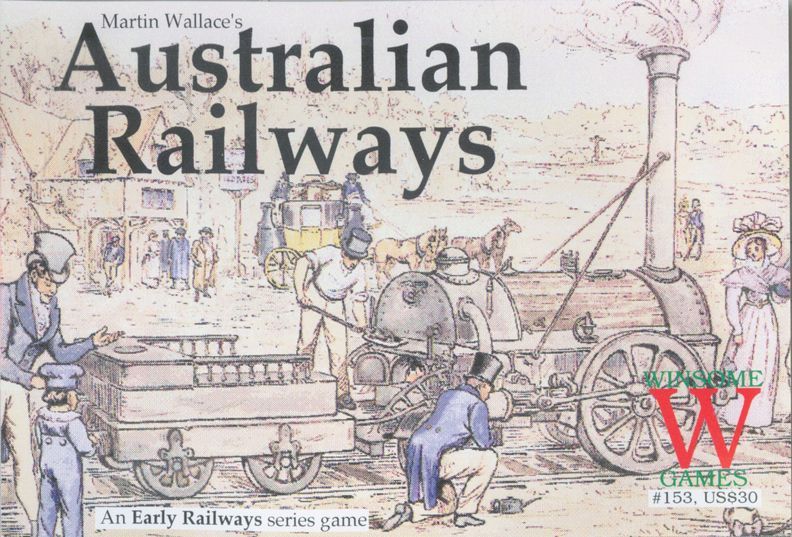 A harsh, forbidding land, Australia was a penal colony of the British Empire for decades. Only the far southeastern section had mountains and rivers and fertile land; when gold was discovered there in 1851, people rushed to this empty land in huge numbers. Commercial development boomed and the first railway was completed in 1854. With the population explosion came huge sheep ranches, extensive gold and coal mines, immense wheat and dairy farms, sophisticated industries producing steel, ships and other manufactures. An expanding railway network quickly grew in the three states shown on the game board. Many of Australia's early railways were built by the individual state governments to further the development of the boom. Australia did not become a single Federal entity until 1901; the game covers the development of Australia's Railways from 1850-1900. Australian Railways is part of the Early Railways Series.