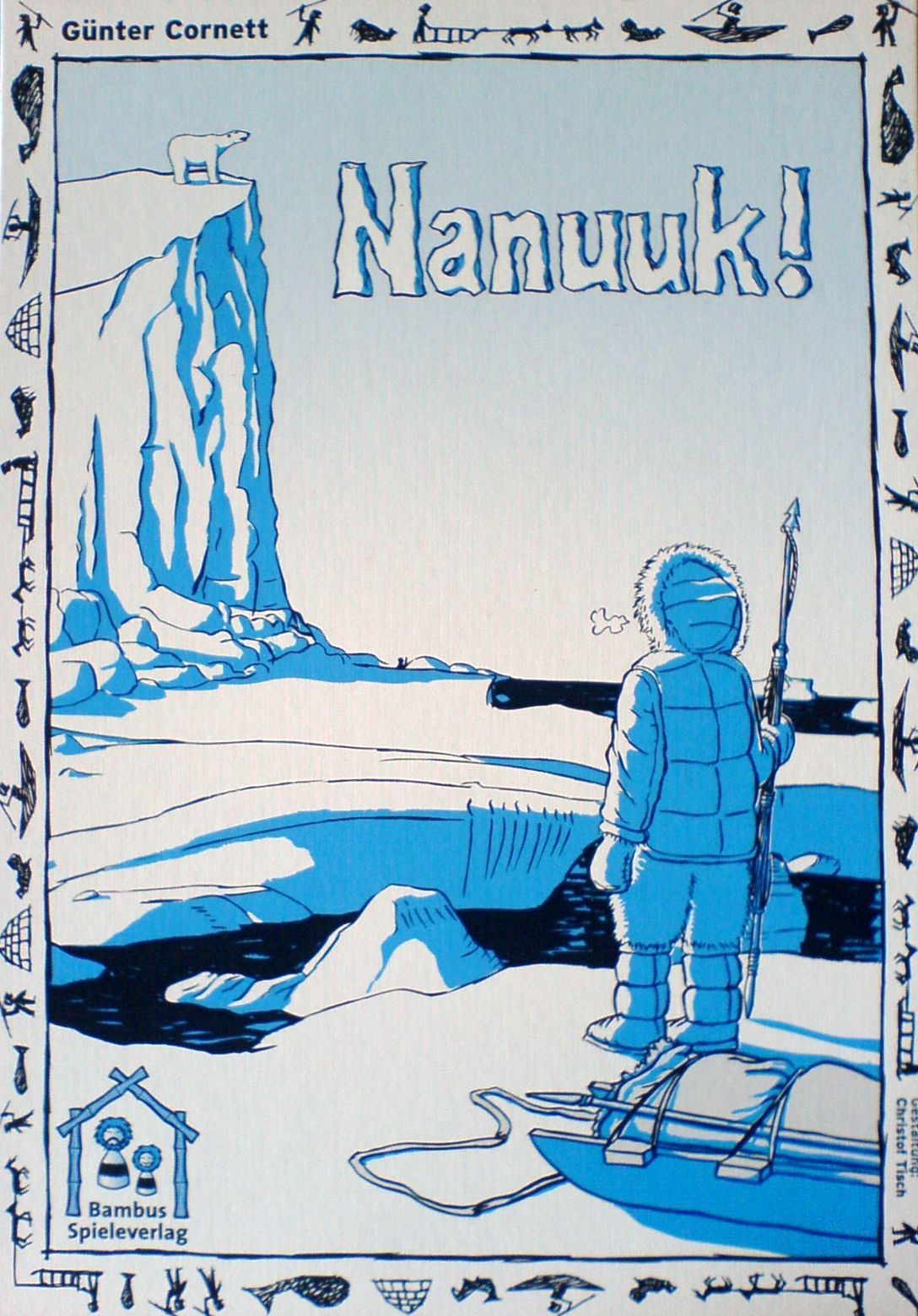 Two to four Inuit have erected igloos on a gigantic ice floe. To survive they fish and hunt seals, walruses and whales. Continual new cracks in the ice, fierce bears and the competition of the other hunters requires tactical skill and advance planning. In the igloo, the catch of the successful hunters is transferred to kayaks and sleds to lighten the load for the next hunt. The game ends when the hunting rounds are over. The winner is the most successful hunter. Includes a series of interesting abstract game variants which are entirely tactical, one of which is a highly challenging and very accessible partnership game for two versus two. Game also includes separate background information on the life of the Inuit.