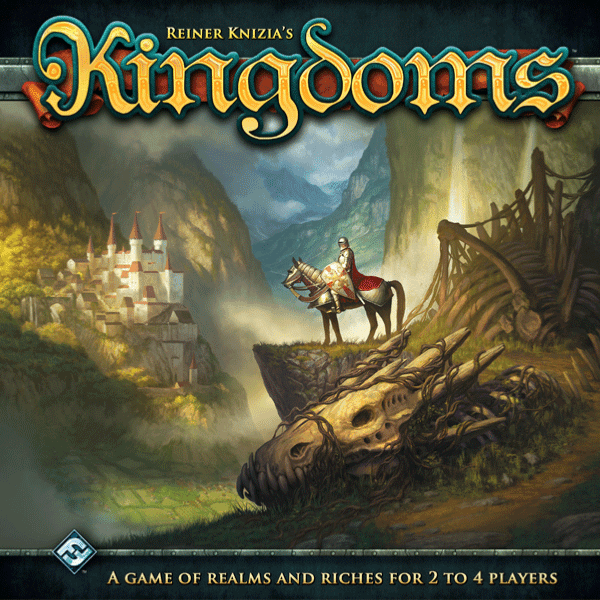 Auf Heller und Pfennig takes participants to a medieval marketplace that looks remarkably like a plain matrix for square tiles. Each turn, players place tiles onto the board that modify (either positively or negatively) the amount of money to be made by the shops that share that tile's row or column. Three times the board is filled with tiles and shop money is earned, after which the player with the most money wins. In Kingdoms, the English-language version of Auf Heller und Pfennig, players try to collect the most gold by establishing castles in the richest regions of the realm while avoiding hazards like dragons, swamps, and trolls. The 2011 edition includes detailed plastic castles, a streamlined rulebook, and the addition of a wizard tile—one that increases the rank of adjacent castles, multiplying their scores—previously available only at game conventions. Re-implemented by: Beowulf: The Movie Board Game