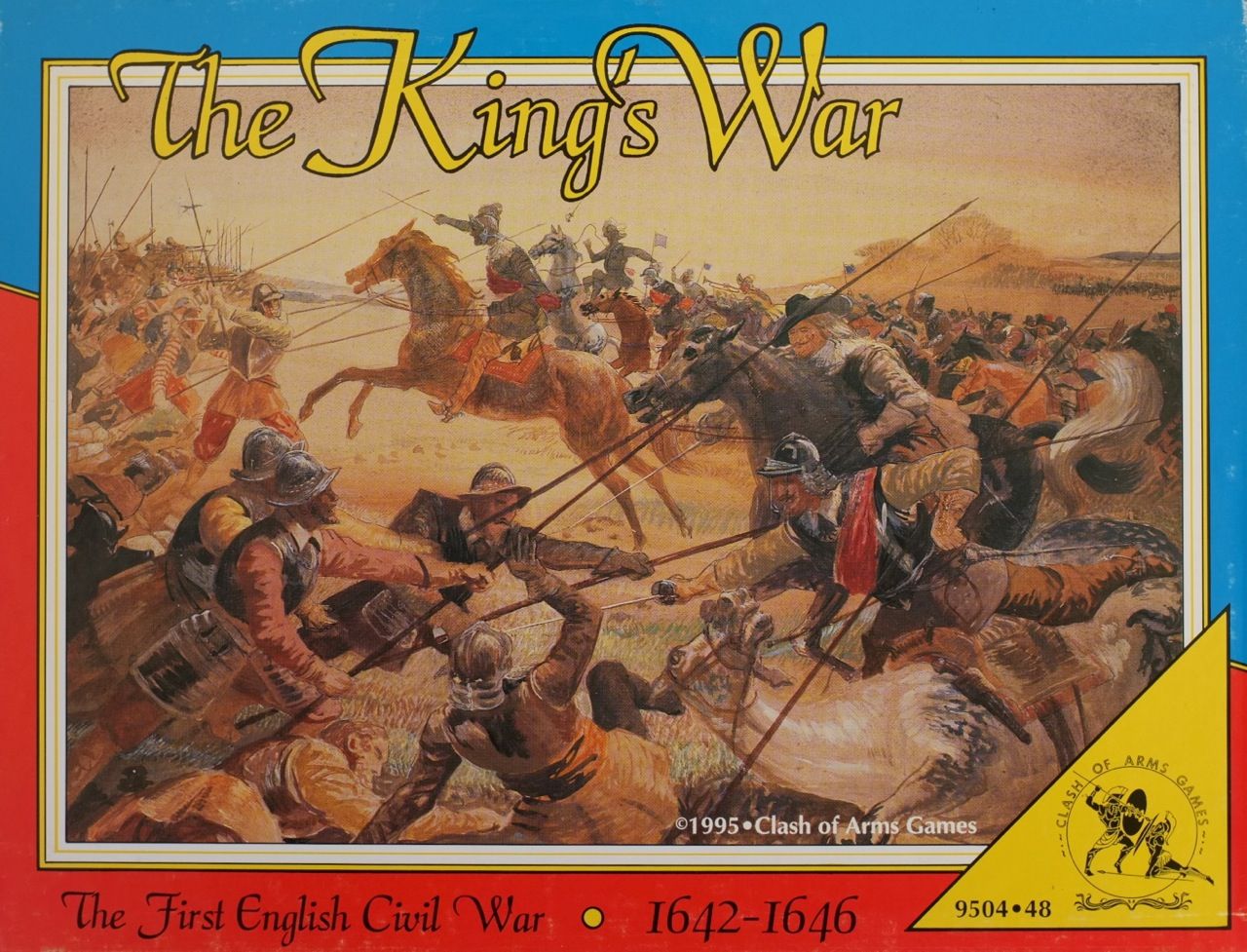 A strategic game about the English Civil War. This game uses a point-to point system for movement. The counters represent infantry and cavalry regiments of resp. 1000 foot and 700 horse. The leader counters represent leaders of both factions, each leader has its own unique ratings for seniority, army handling, movement and tactical skills. The map shows Wales, England and a small part of Scotland. Aim of the game is to force the other side below 50 Victory Points. This can be done by conquering certain key cities and the counties. Sequence of play is easy and only contains 3 separate phases: Movement (incl. interceptions, break contact, combat and training of units), Siege and the Desertion & Recruitment phase.