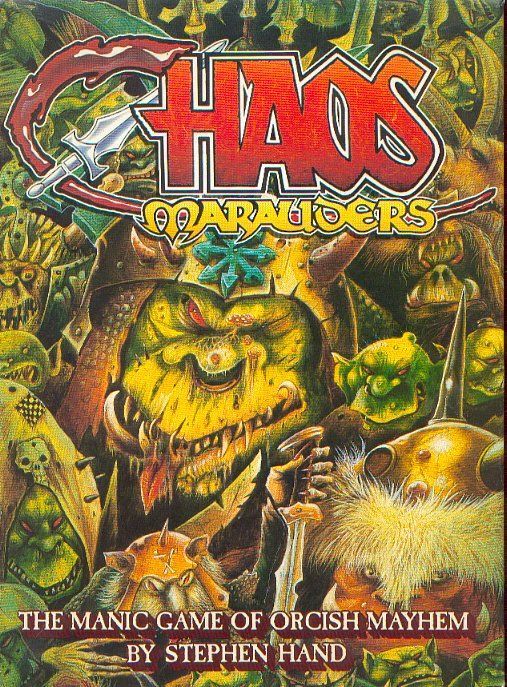 A game created by Games Workshop in the mid 80s that puts each player in the position of being an orcish general who must muster his troops into three battle lines in preparation of attacking the dwarves. Each player begins with a blank card mat which is slowly filled with cards that represent different units of orcs, goblins, war machines, and treasure. Each card has its own rules which affect play. Once a battle line is completed with a standard at the front, a musician at the rear, and all the spaces filled in between, it can be used to disrupt another player's unfinished battle line. The games ends when a player has all three lines completed. Each card has a point value which is then tallied and added to a bonus score for any completed battle lines. The winner is the player with the highest score. Also, many of the cards used to relate to old Citadel ork and goblin miniatures, in theory. Re-implemented by: Chaos Marauders (second edition) (Fantasy Flight Games, 2009)(See summary of differences)