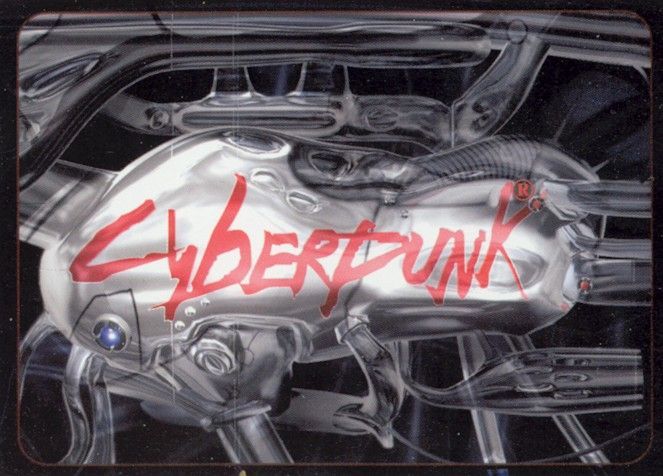 From the Website Cyberpunk: The Collectible Card Game is a game based in the near dark future of the Cyberpunk world. The world of Cyberpunk is a world in which corporations are the elite ruling class, dark soldiers of fortune rule the streets, and everybody has a price. It is a world based very much on authors like William Gibson, Bruce Sterling, Neal Stephenson, and movies such as "Blade Runner", "Johnny Mnemonic" (which was based on a Gibson story), and "The Matrix." Combining the elements of these popular worlds, Cyberpunk the CCG is a game where the player sits down to play the special agenda of one of the world's ruling groups (or Sponsors.) The player brings Hackers, Gangers, Rockers, Solos, and many other characters into a cohesive team under their command and then sends them on missions (Black Ops). Once the player has scored 100 ops points by completing missions (each mission is worth a different amount of points) the player wins. However -- in this world of intrigue and backstabbing - style is just as important. A player can also win if they manage to gather 100 points of style. The final way that a player can win is through the special agenda of their sponsor; each of the seven sponsors has a different agenda. 2013 Edition released in December, 2003 as a limited edition; 2020 Edition released February, 2004