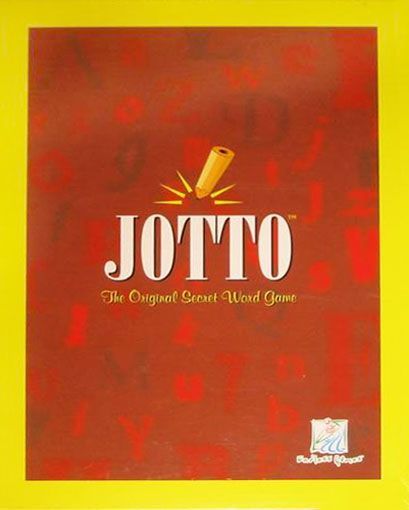 The object of the game is to find your opponent's secret word. Each player chooses a five letter word and writes it down so the other cannot see it. The word should be in the dictionary and can include letters that repeat. One player now announces a test word and the second player reveals how many letters in that word are the same as the letters in his secret word. Such a letter is called a jot and the first player marks down how many jots that word contained. Players take turns guessing and use the information (number of jots) they have gathered to guess the opponents secret word.