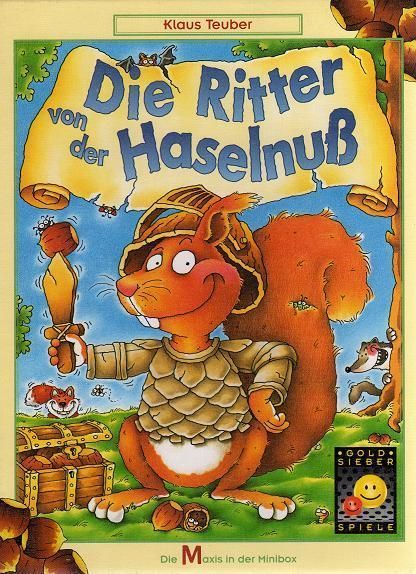 Publisher summary (user edited): Die Ritter von der Haselnuss is a memory game, where the squirrel has to collect and store nuts for the winter. Gameplay: The player whose turn it is throws a die and moves the squirrel knight according to the number shown - but he can chose which way on the board he moves. If a player lands on a bush he can pick up a card - will he get a nut or does the bush hide a fox or some other animal? With a good memory the players can protect themselves from the nut thief ... otherwise they will lose all the nuts they have collected. Die Ritter von der Haselnuss is a game suitable for the youngest players in the family, with easy rules and short playing time.