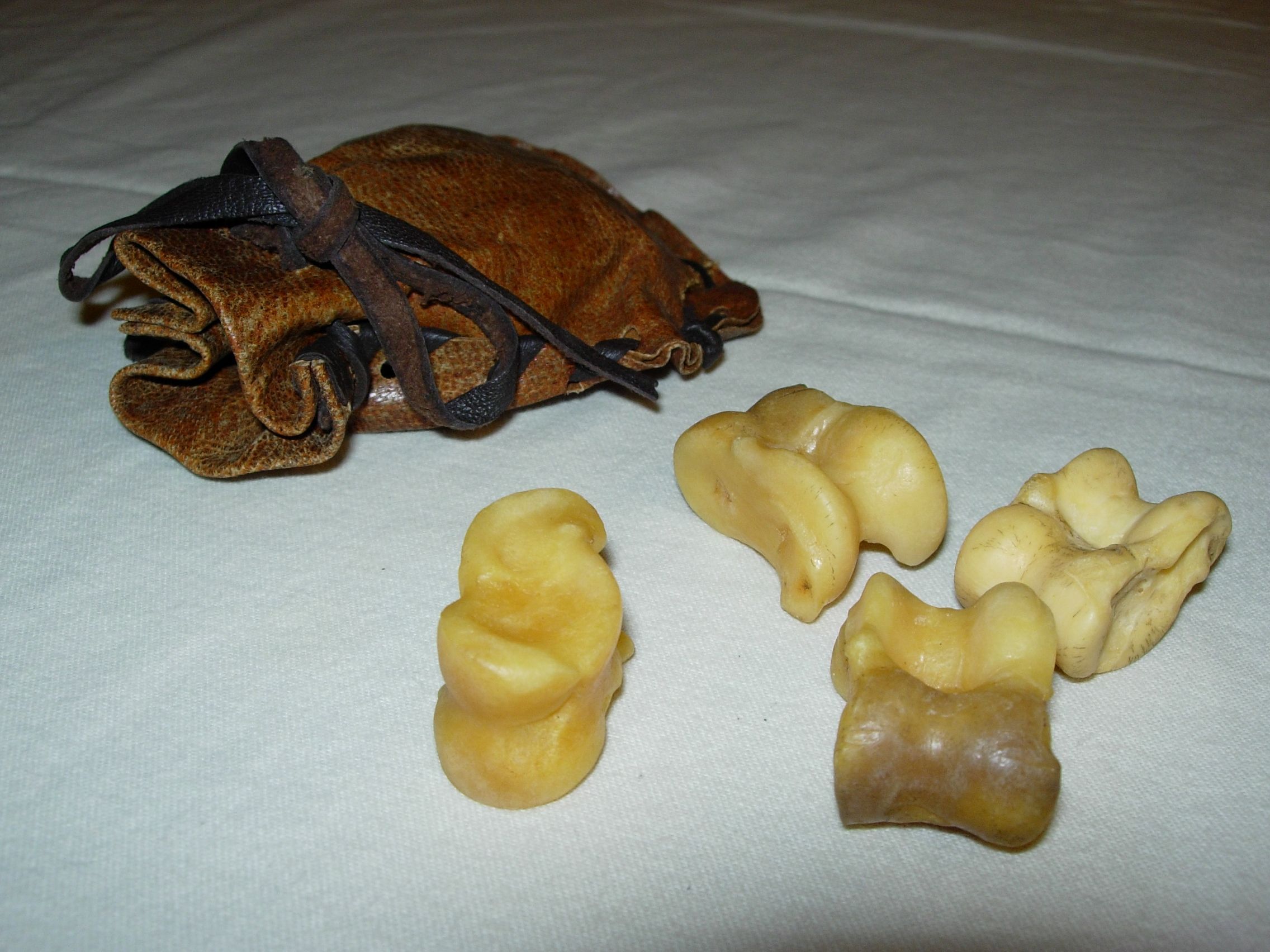 This game is a forerunner of many "dice" games and the game younger children play today which is known as Jacks. The game was "old" by the time it was played in Ancient Rome, since it had been played in Greece and other parts of the ancient world before it found its way to Rome. The game has many counterparts throughout the Middle East and Asia. Some historians indicate that the game may have had its origins in some religious rite, while others believe the game was always just a gambling game. Knucklebones are the dried ankle bones of sheep. They have 4 different sides - one flat, one concave, one convex, and one sinuous side. Values were assigned to each side. The game is played with two or more bones. One player tosses the bones in the air and either catches them on the back of the hand, or lets them fall to the ground. As in dice games, assigned values determine the outcome of each toss. In ancient times, adults as well as children played Knucklebones. The Greeks and the Romans modified the equipment and play of this gambling game, eventually passing on to us six sided cubed dice rather than the four sided Astragali. Reimplemented by Oss