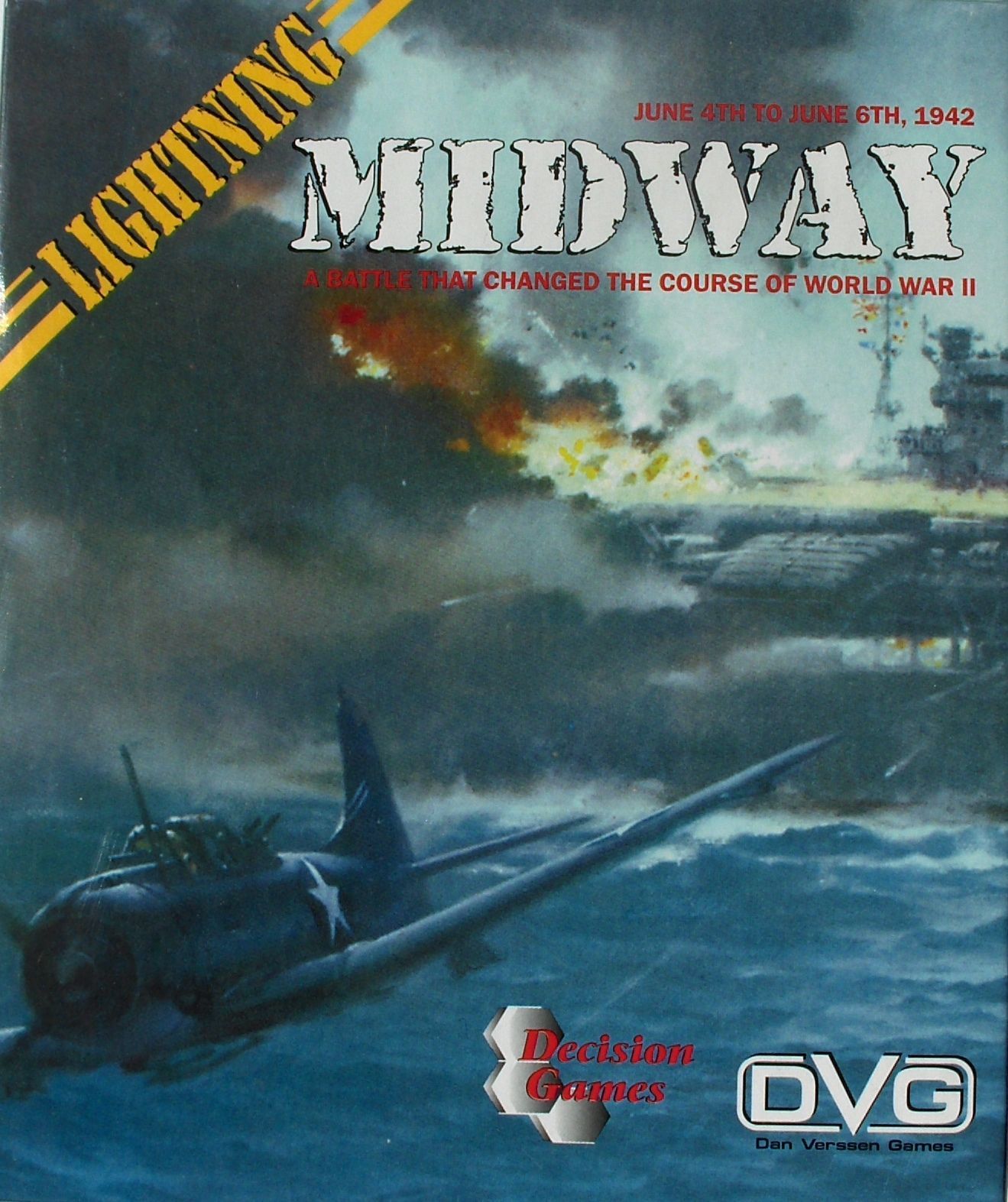 Two players step into the roles of opposing fleet commanders in this history based recreation of the famous World War II battle between US and Japanese forces. At stake is control of Midway Atoll in the Central Pacific. The US player must risk his navy's three carriers to try to keep it; the Japanese player must risk his four carriers to try to take it. The atoll and the aircraft carriers are each represented by their own card. Players throw reconnaissance cards to find and fix the enemy's location, then play other cards representing attacking squadrons. Some find their targets, others don't. Sometimes the enemy shows up over your fleet without warning. Everything often hinges - literally and figuratively - on the timely throw of one card. Lightning Game Series