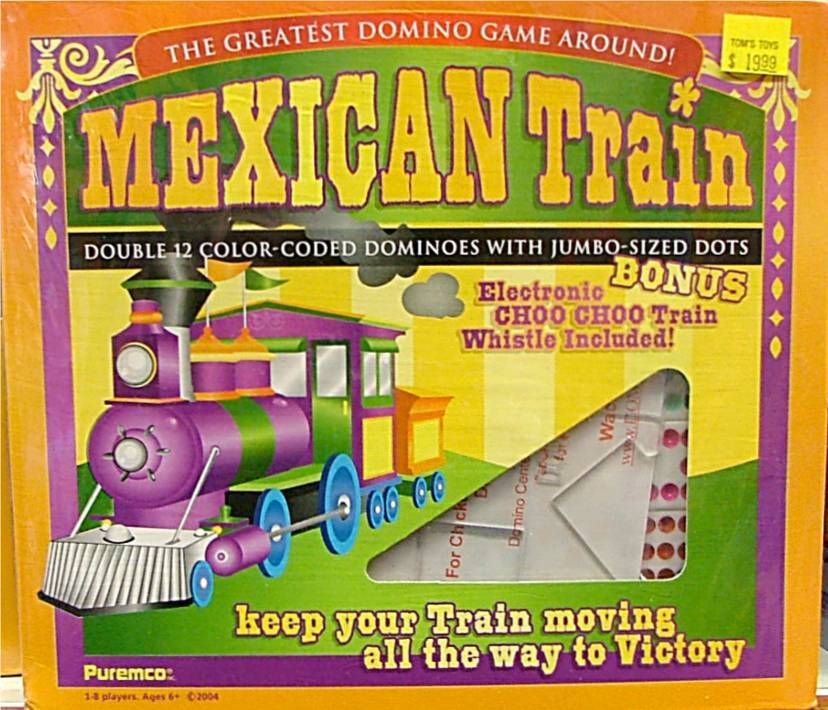 Mexican Train is a fairly recently developed variation of Dominoes train type games that has become extremely popular. Because of its simplicity and interaction, it can be played by nearly anyone, anywhere. Depending on the type of game you play, it can last from a single, 20-minute game to a 12 round game lasting hours. Although Mexican Train can be played with a standard set of Dominoes, branded versions usually include a range of parts to facilitate play and highlight the theme, such as a train station, train pieces to mark players' trains and the "Mexican train", and a "woo woo!" train whistle. It is typically played with a set of double 12 dominoes (although double 6 and double 9 sets can be used with fewer players), and there are a variety of sets packaged by various manufactures as "Mexican Train Dominoes" that include all the necessary components to play.