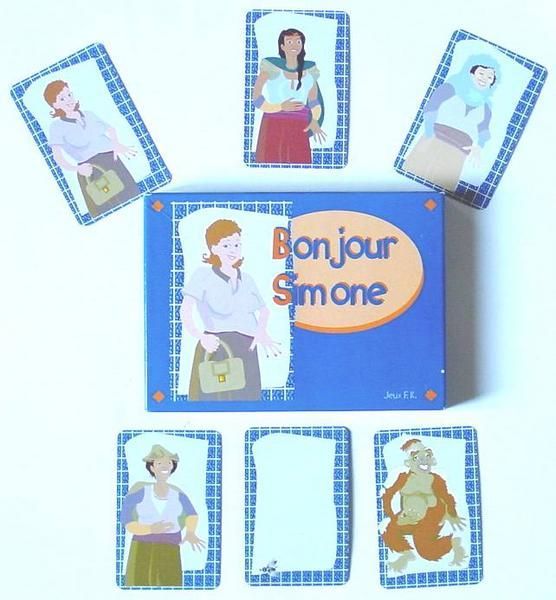 54 cards show different people, flies or other stuff. Shuffle the deck and turn up a card. You have to greet the people correctly, for example the eskimo is greeted by touching your nose. The flies make you cover your mouth, but if you're the slowest, make the wrong greeting, or greet the other stuff, like the train or the scarecrow, you take the card. The winner is the player ending with the fewest cards. Why is it called Bonjour Simone? Because when you see Simone, you must say "Bonjour Simone". There's another edition called Bonjour Robert, with similar characters including Robert, who is a classic Frenchman, vest, beret, Gitane and french stick of bread. Nice graphics by Claire Daull. Rules in French and German. For players aged 6 to 97 and half years, it says here.