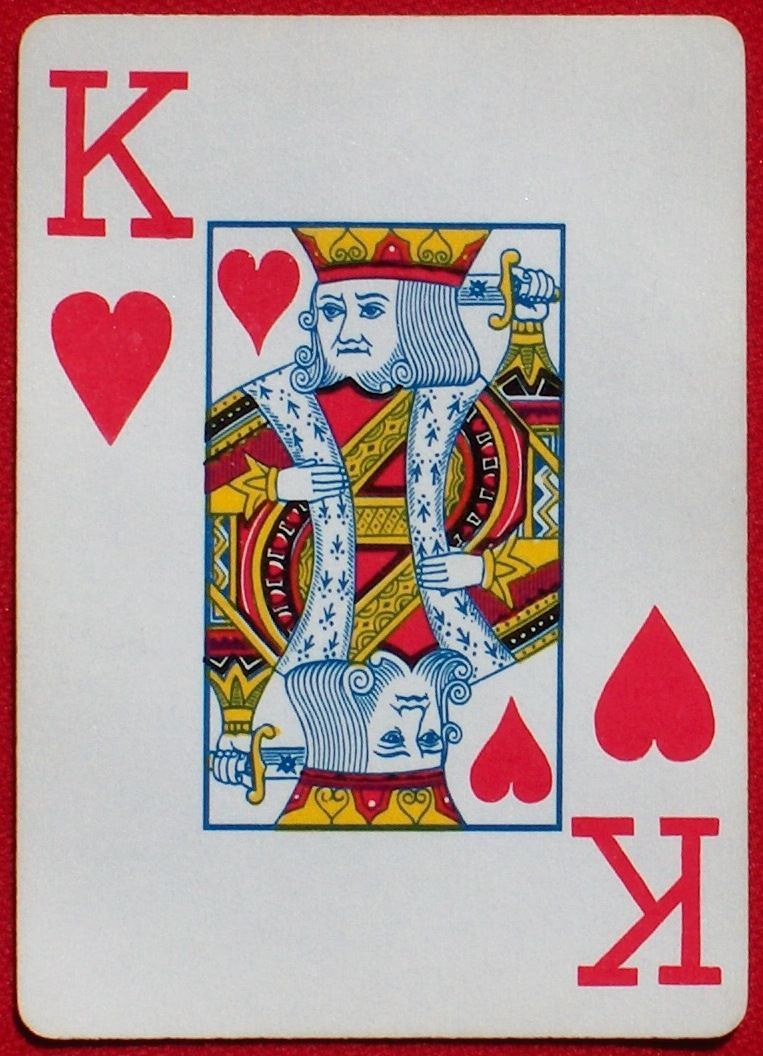 King is a relative of Barbu; it is a trick taking standard deck playing card game. The cards rank as usual from highest to lowest A K Q J 10 9 8 7 6 5 4 3 2 in each of the four suits. It is played by 4 people, without partnerships.The game consists of 10 hands, each of them represented by a specific Contract the first six are negative,there is no trump suit, with negative points being earned for taking specific tricks or cards. The last four contracts are positive and have a specified trump suit. Players get positive points for each trick won. Whoever has the highest score at the end wins.