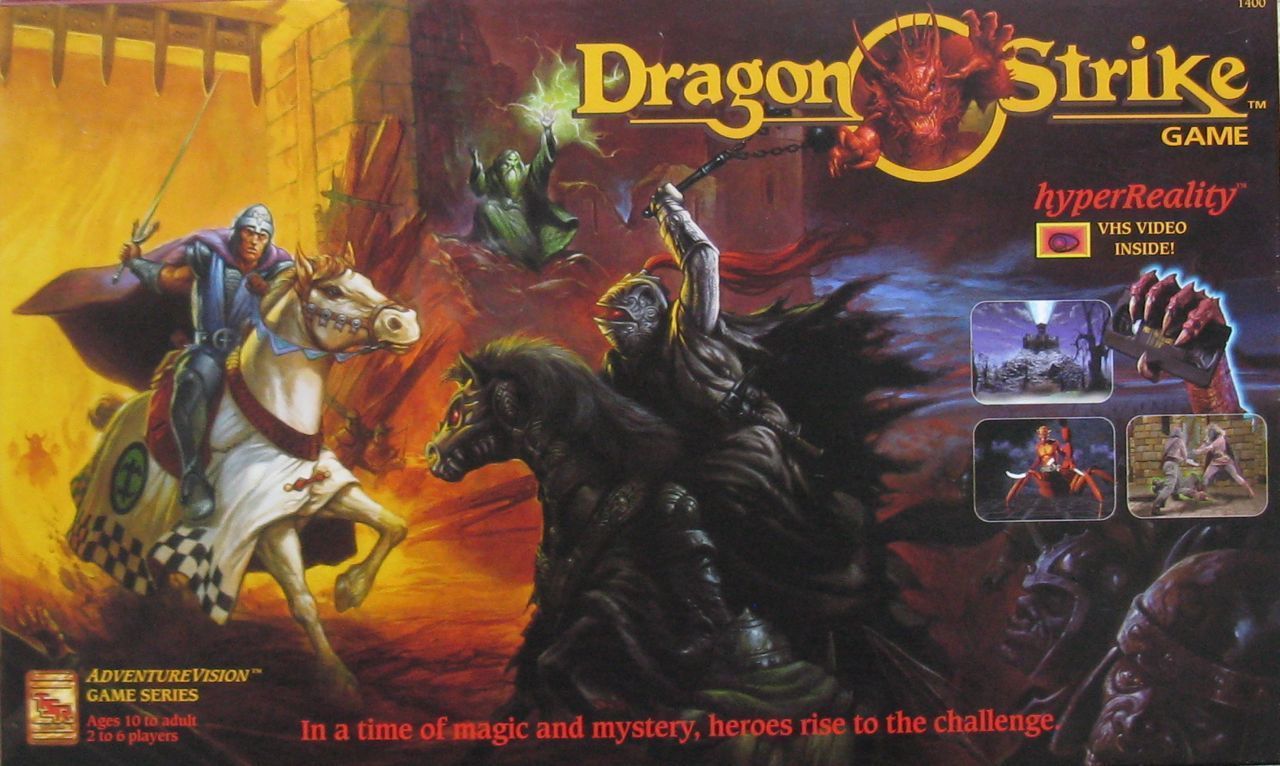 Dragon Strike has similar game play to Milton Bradley's HeroQuest. One player acts as the "Dragon Master" (i.e., the DM) and controls the placement, movement, and action of the villains. The rest of the players control one of five different hero types (Warrior, Wizard, Thief, Elf, or Dwarf) and attempt to complete various adventure goals. Dragon Strike takes the HeroQuest game play and goes a step further in a few directions: 1) The Wizard and Elf have more spells at their disposal and a greater variety to choose from, 2) Dragon Strike comes with 4 different game boards (vs. HeroQuest's single board), one of which is outdoors, 3) a slightly more advanced combat system which uses different polyhedral dice (instead of all six-siders) and has concepts like flying creatures which can only be hit with spells and missile weapons, and 4) a (cheezy) 30 minute VHS video tape which introduces players to the game and sets the "mood" for playing.