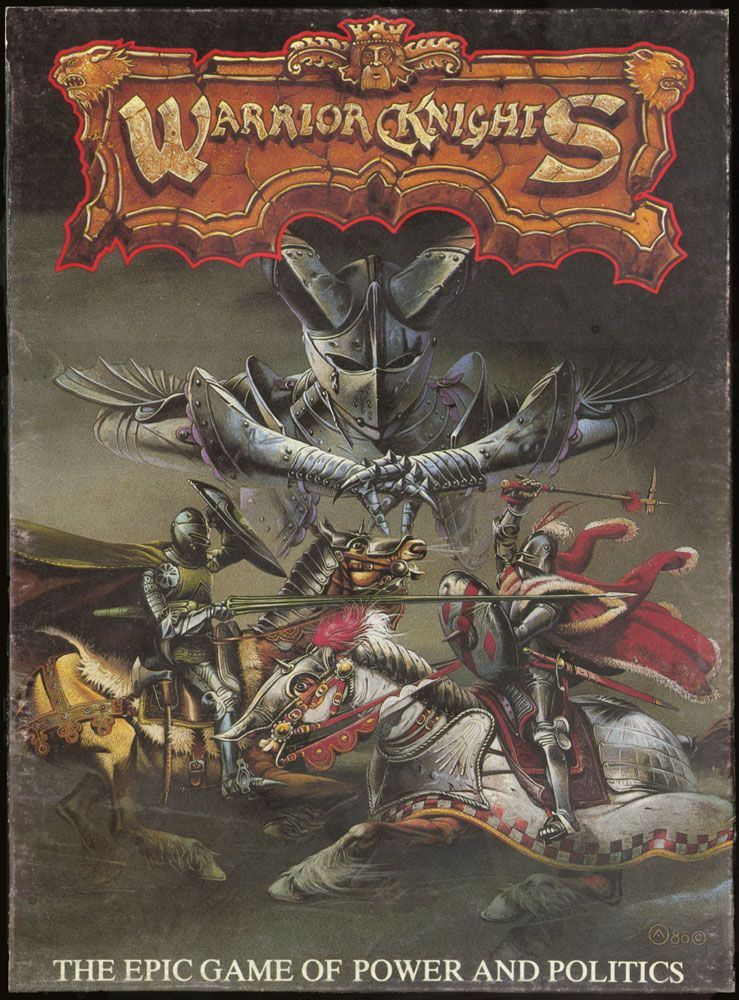 Players vie against each other to take over as many cities on the map as they can. The player who controls more than half of the un-razed cities of the kingdom wins. Warrior Knights is a game where players use armies to conquer cities and rout opposing forces. Cities provide income which pays for armies and city improvements. The interesting aspect of the game, though, is the Assembly where players vote on various motions drawn from the deck of Assembly cards. These motions are mainly for titles and appointments such as governors, ambassadors and other offices which give the holder additional troops, or for concessions which create additional income for the holder. As in any game of this nature, alliances are forged and broken between players in order to further goals until one player emerges victorious. Re-implemented by: Warrior Knights