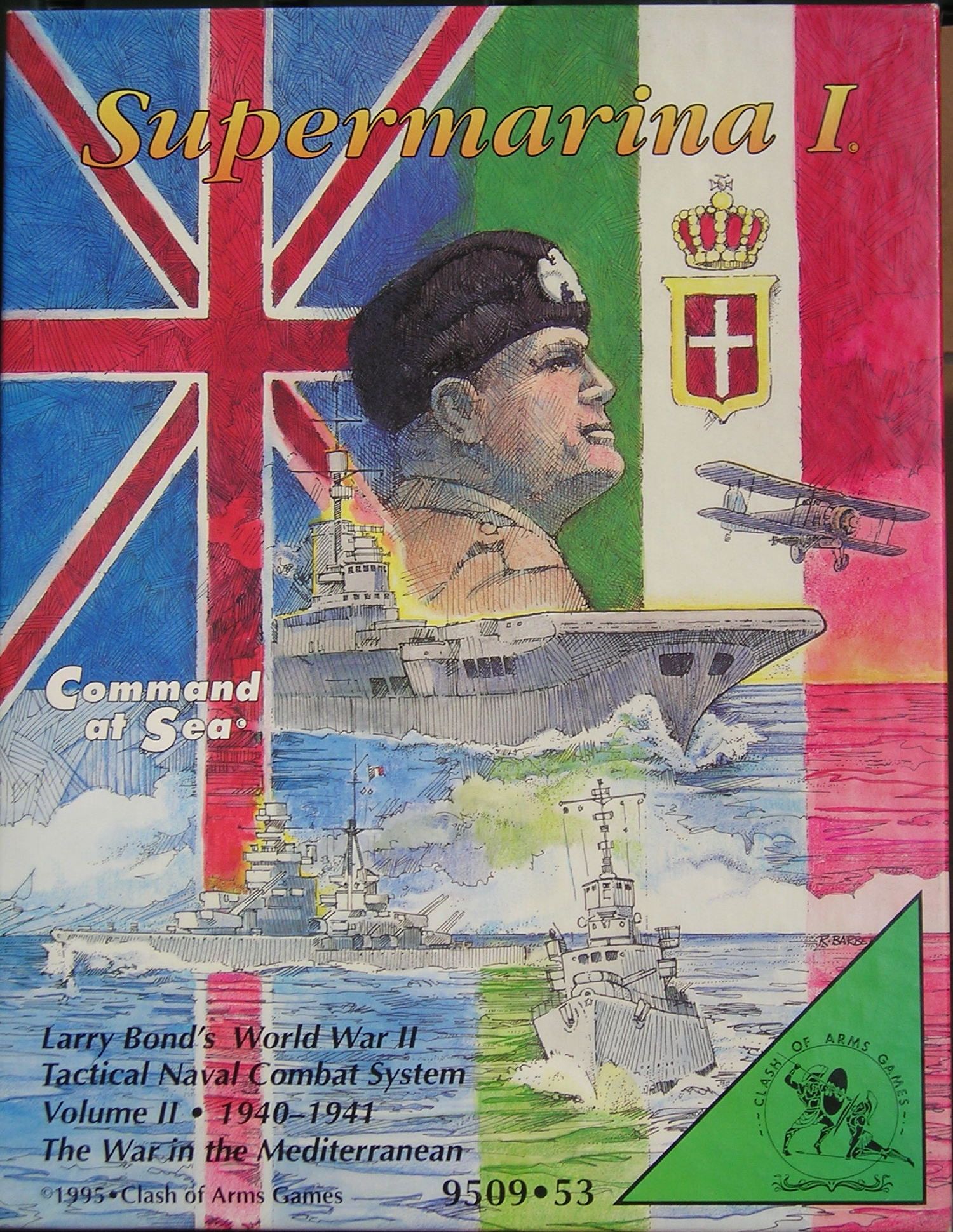 The War in the Mediterranean 1939-1941. While Rommel's Afrika Korps was capturing the attention of the world, it's fate was being decided in the Mediterranean. No matter how good the general and his troops, without the supplies and equipment necessary to fight, the struggle could not be won. Supermarina I concerns itself with the struggle for naval supremacy in the Mediterranean Sea, the vital supply link for the Axis forces in North Africa. Supermarina I is a tactical naval combat game system utilizing award winning designer Larry Bond's Command at Sea rules system and is the first of a projected three part treatment of the naval war in the Mediterranean. Supermarina I contains a 64 page Scenario Book with 20 scenarios covering the action from the war's start through June, 1941. The ships represented in the scenarios range from E-Boats to aircraft carriers and battleships (140 total ships). The ship and aircraft Data Annex (96 pages) covers all the units present in the first half of the war. Over 400 aircraft and ship die-cut counters are included. Additionally , you get the 3rd Edition Standard Rules (128 pages) punched for a three ring binder. A jump-start scenario and a scenario generator are also included in this boxed set.