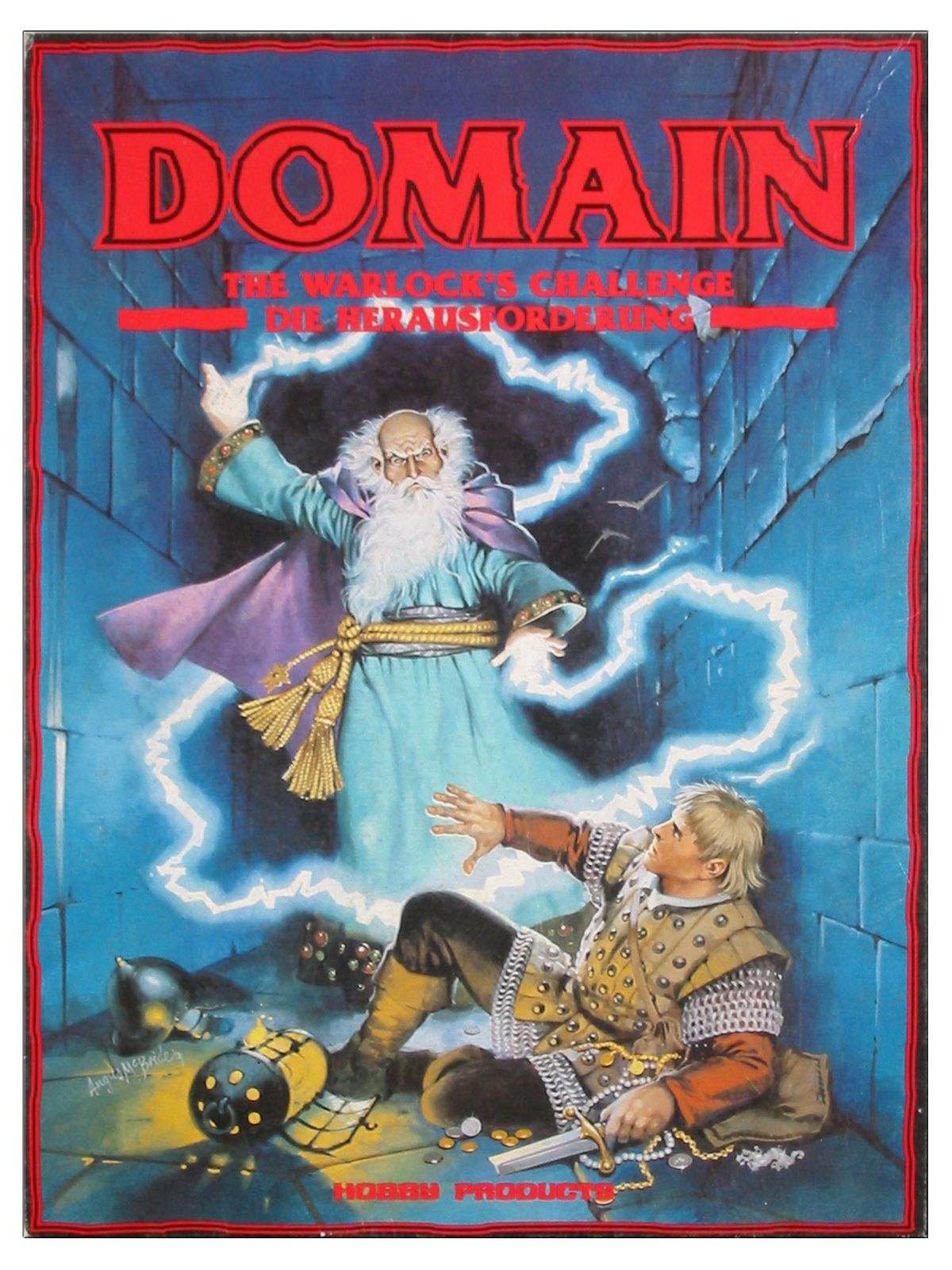 Domain is very similar in nature to Dungeonquest from Games Workshop. Players start in opposite corners of the board and create a dungeon as they move along by placing randomly chosen tiles. The goal of the game is to reach the Treasure Chamber in the center of the board and escape back out again with some of the valuable artifacts contained therein. There are two ways the game can end. One way is that once someone escapes the dungeon with one of the Warlock's artifacts, they are declared the winner. The other way is that the players set a time limit. Once time is up, the game is over and players compare the value of the items they have accrued. The one with the highest ranked artifact is declared the winner. If no one has an artifact, then the player with the total highest value in items is the winner. Players compete mainly against the board, though player-to-player conflict can happen in two rare instances. Players earn experience points for defeating denizens of the dungeon and laying tiles in their own quadrant, and this in turn improves their combat speed. The game components and rules are written in both English and German.