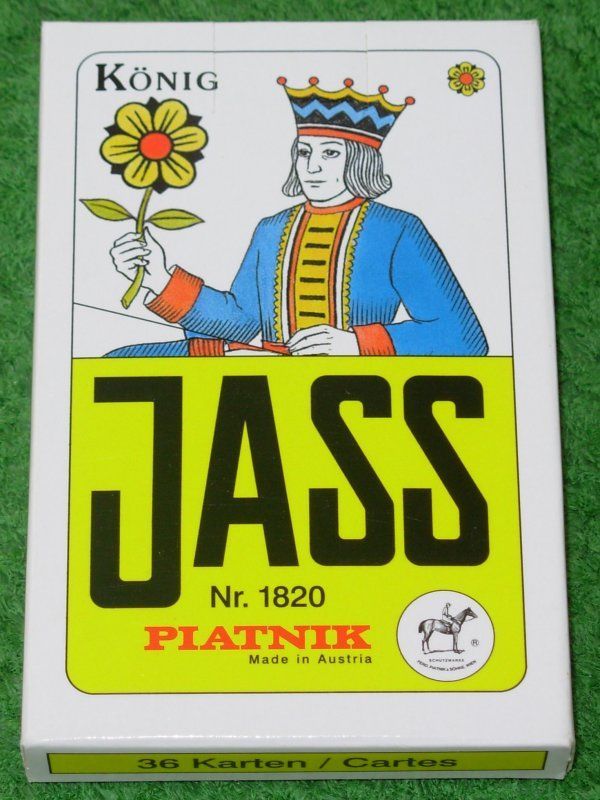 Jass is a point trick taking game that uses a 36 card “Jass” deck having, as suits; bells, shields, acorns and flowers arranged; ace, king, ober, unter, banner, nine, eight seven, six. you can use a regular, French deck shortened to 36 where the queen will be ober, the jack under and the Banner the ten. Jass is different than other trick taking games, in that, when there are trumps, the card ranks and values are different in the trump suit from the other suits. Also different is the ability to play trump on a non-trump lead, even while holding the lead suit in your hand, the only constraint being that you cannot undertrump once someone else has played trump on the non-trump lead unless that is all you can play. The other feature of Jass is called the “Weis” which is done during the play of the first trick. It is used to announce sets of cards, i.e. a run of three in a suit or the 4 obers etc. which are worth a specified point amount. After the trick, whoever held the best Weis scores for it and any others they hold, as well as their partner being able to score any weis that they have.