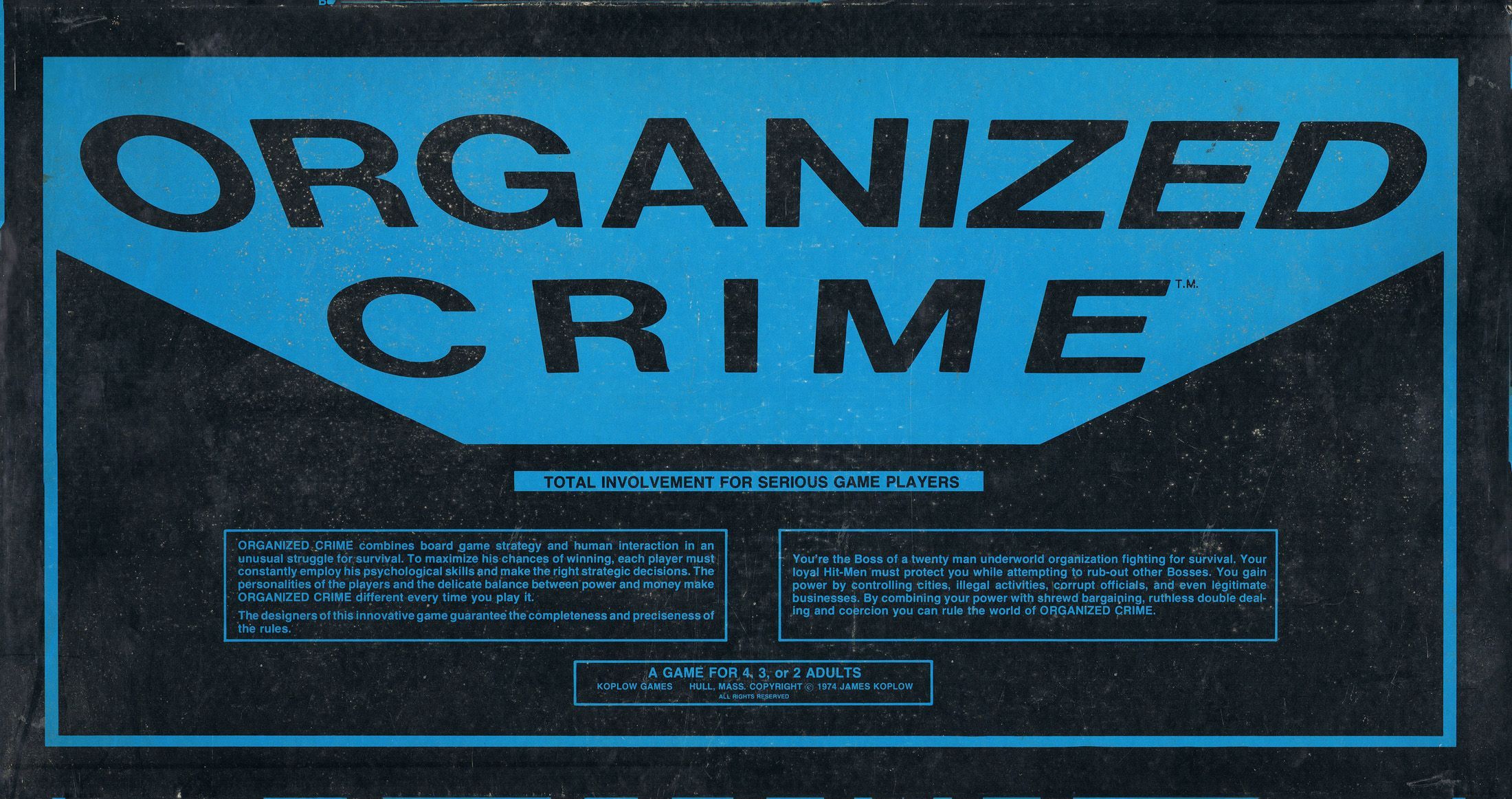 The object of the game is to be the ONLY surviving player. A player is removed from the game when his Boss is rubbed-out. Much of the game involves moving Hit-Men about a circular board in an attempt to build up your influence via corrupt politicians, illegal activities and business investments. Occasionally, Hit-Men can be penalized for making mistakes (cards are drawn and effects are carried out), sometimes attempts at rubbing out mob bosses may occur. There are also opportunities for negotiation ala: "If you help me with a vote of support, I will pay for the next business venture you land on." Cards, money and promises are all possible bargaining chips. A little known, "classic" boardgame from 1974.