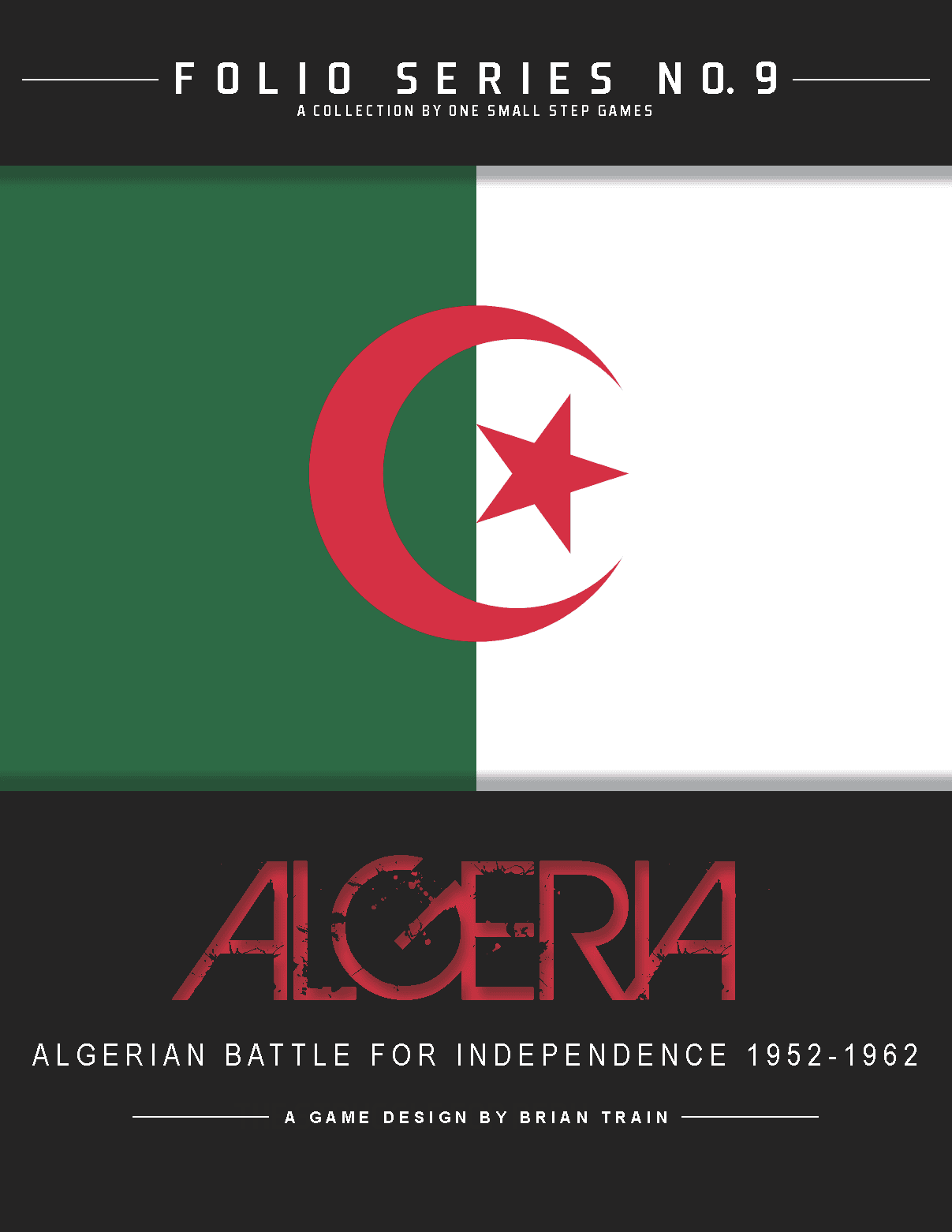 Algeria is a game simulating the conflict between the FLN Arab nationalist guerrillas and the French government from 1954 to 1962. During the game, the FLN player tries to erode the authority of the French colonial authorities and replace their governing structures with his own, to the point that Algeria makes the transition from being the 10th department of France to national independence. The 11 x 17" map is an abstracted representation of Algeria, divided into areas. The 280 counters represent small or large military or paramilitary formations including FLN fronts and cadres, Algerian paramilitary units, and French regular and elite units. Originally published by Microgame Design Group in 2000, republished in 2006 by Fiery Dragon Productions with improved graphics, more color and die-cut counters. Revised version published by OSS Games in 2016, featuring updated counters (140, backprinted, diecut) and a redrawn map, and revised streamlined rules with three scenarios (1954, 1958, 1960).