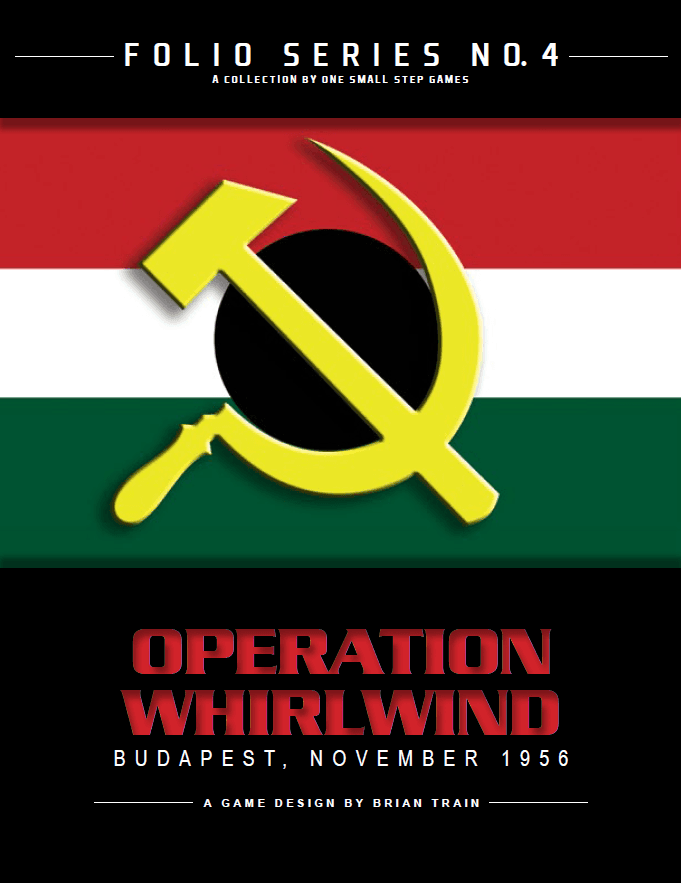 October-November 1956: The Communist government of Hungary has fallen. The newly inaugurated president Imre Nagy declares an end to the one-party system and threatens to declare neutrality and pull out of the Warsaw Pact. The Soviet Union cannot tolerate this defection and launches Operation Whirlwind - military intervention in Hungary to restore order, culminating in a desperate battle in the streets of Budapest. The game scale uses 8 hours per turn and units are roughly platoon to regiment scale. The 11 x 17" map features an area movement map of downtown Budapest, at a scale of 300 yards to the inch. Besides Hungarian insurgents and Soviet Army troops, optional forces include Soviet paratroops, US Special Forces teams and the 101st Airborne Division. The original 2002 Microgame Design Group edition had 280 unmounted counters, which had to be mounted to make 140 double-sided ones. The 2007 Fiery Dragon reissue has 192 single-sided die-cut counters. The 2015 One Small Step Games edition has a 17x22" map and 140 die-cut, double-sided counters.