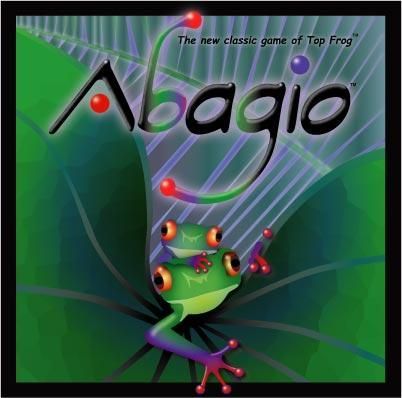 User review: One player has twelve red frogs; the other player has twelve purple frogs. There is a yellow frog that can be moved by either player. The gameboard is a six-by-six grid. The perimeter squares are called the Outer Path. The Outer Path surrounds the squares called the Inner Path. The center four squares have been merged into the Pond, which is the goal area. Players roll both dice on their turn with the goal of getting one’s own frogs into the pond to win. The frogs may be stacked but an opponent whose frog rests on top of the stack can freeze a stack of two. An opponent can not freeze a stack of three. The stacking limit is five (except for the root and pond, which have none). The object of the game is to maneuver all twelve of your frogs into the pond before one's opponent.