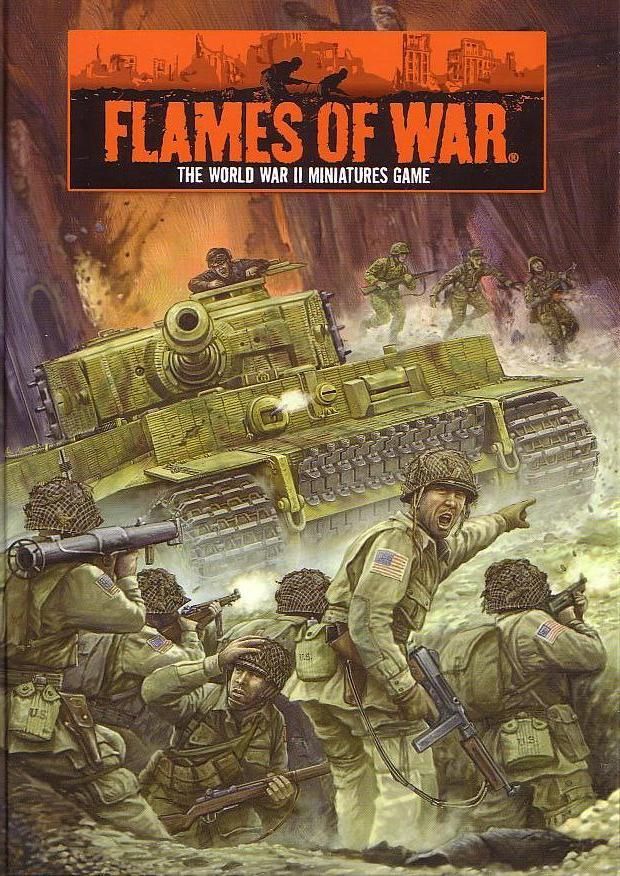 Flames of War is a World War II tabletop game where you use armies represented by painted miniature tanks, soldiers, artillery, and aircraft against another similar opponent's force. To begin all you need is the Flames of War book/rules and a starting force of miniatures depending on what type of army you want to collect. The game uses 15mm scale (around 1:100) miniatures, allowing miniatures from other manufacturers to be used. The game aspires to provide a good balance between playability and simulation and has a typical game running under 2 hours. The Second Edition Rulebook launched in August 2006, took a lot of advice from the players and integrated a lot of the FAQ material previously written to cover First Edition. Flames of War current rulebook range Introduced by: Flames of War: Open Fire Flames of War: Achtung!