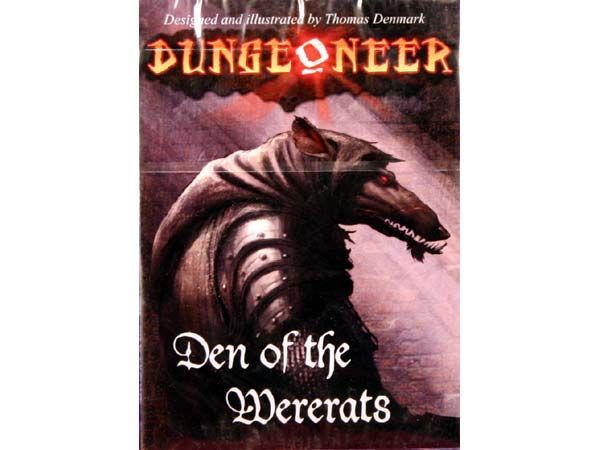 Dungeoneer: Den of the Wererats A master wererat and his transformed minions hold the city in fear. Vermin and shapeshifters, thieves and cutthroats lurk in every shadow. Can you face your fears and eradicate this sinister infestation? Den of the Wererats is a two-player Dungeoneer card game. Your character explores a city that you build with map cards, while fighting monsters, completing quests, and leveling up along the way. Each Dungeoneer set can be played as a stand-alone card game, or combined with other decks for more dungeon-delving fun. Den of the Wererats features 55 new Dungeoneer cards, including city maps, lycanthropic curses that transform your opponents, and three new heroes for your Dungeoneer game: Darkling Thief, Human Alchemist, and Dwarf Guardian. Part of the Dungeoneer Series.